I just got back from a whirlwind trip to New York City and wanted to share a couple exciting things that happened while we were there! First of all, my 12-year-old daughter tagged along with me, and she was such a great little travel partner! It’s amazing how when you’re away from home, school, work, siblings, chores, etc. your tween just becomes a fun little person to hang out with that you don’t even have to discipline – can anyone relate?! LOL! She still wasn’t into a whole lot of public affection from good ol’ mommy, but she did cooperate for some pics. :) 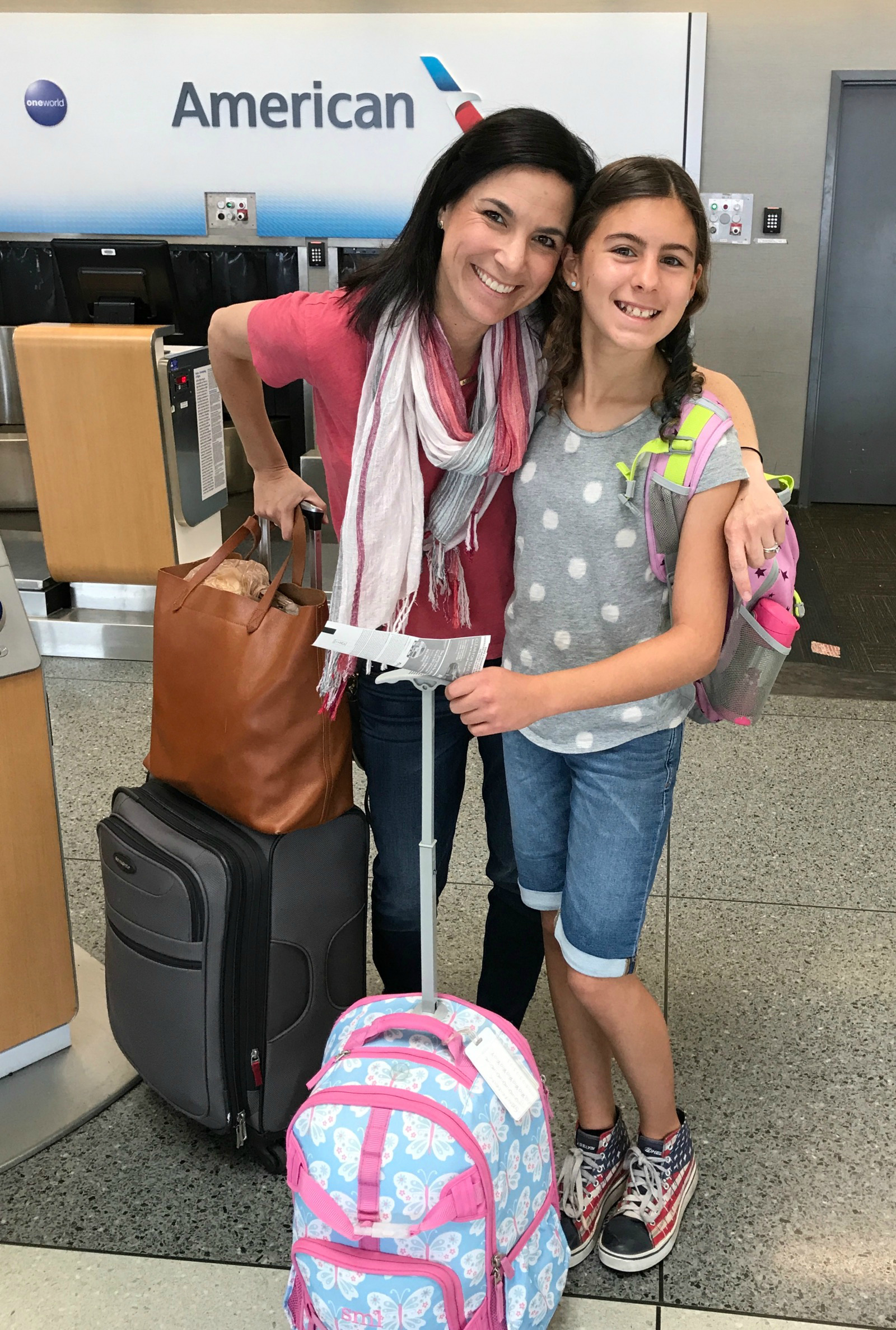 After checking into our hotel, she decided she was hungry for a snack. I asked her what she was in the mood for and she said, “Um, a French Bakery for a croissant maybe?” That girl must have known we were in the city that has EVERYTHING because our doorman told us there was a great French Bakery in a large mall only a half a block away. Gotta love that about NYC!

Once we entered the mall, I quickly realized it was also the location of the new Amazon Bookstore I’d been hearing about recently on the news. It was featured everywhere from the New York Times to Fox News. I kept seeing this table on display with a handful of their “highly rated” books and for some reason mine was one of them! I am super proud of the highly rated reviews I’ve gotten for my new cookbook, which was mixed in with authors like Chrissy Teigen and Chip & Joanna Gaines. I figured they must have needed some non-celebrity diversity so they stuck little old me up there as well. LOL

But what I didn’t realize, until we walked up to the store ourselves, was that the feature table sits at the front entrance. As in the very first thing you see right when you walk in store! 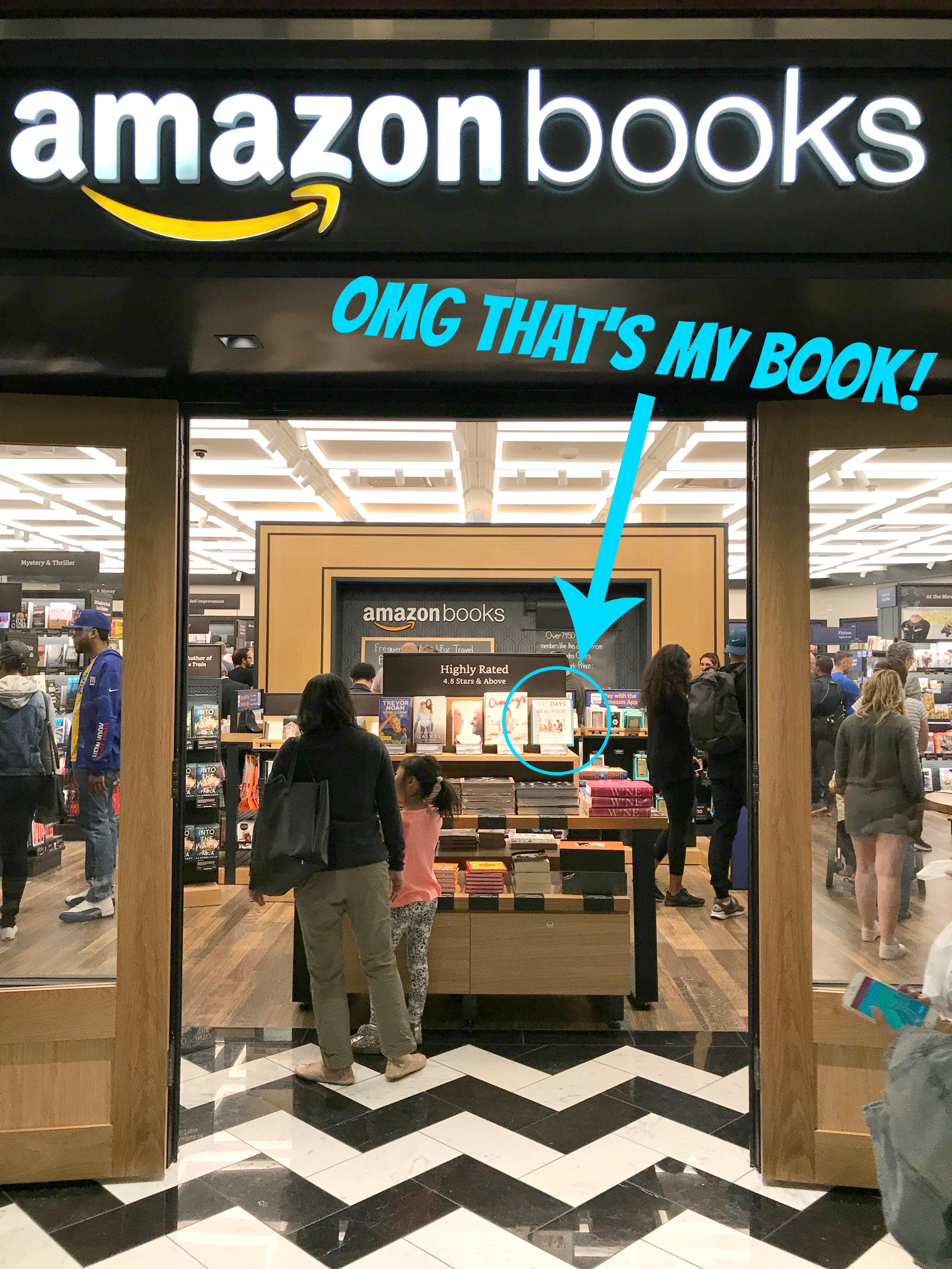 It was a very exciting moment, and I asked my poor daughter to take way too many videos and pictures of me both standing there with a big silly smile and signing the books as well. I may have also facetimed my husband and other daughter AND my parents to show them as well. I figure there’s a lot of weird things going on in NYC so maybe I’d just blend in. Finally one of the employees stepped in and offered to take a pic of us together … what a fun thing to see before they likely rearrange things and put someone else’s book there instead! She was really ready for that croissant after all of that craziness haha. 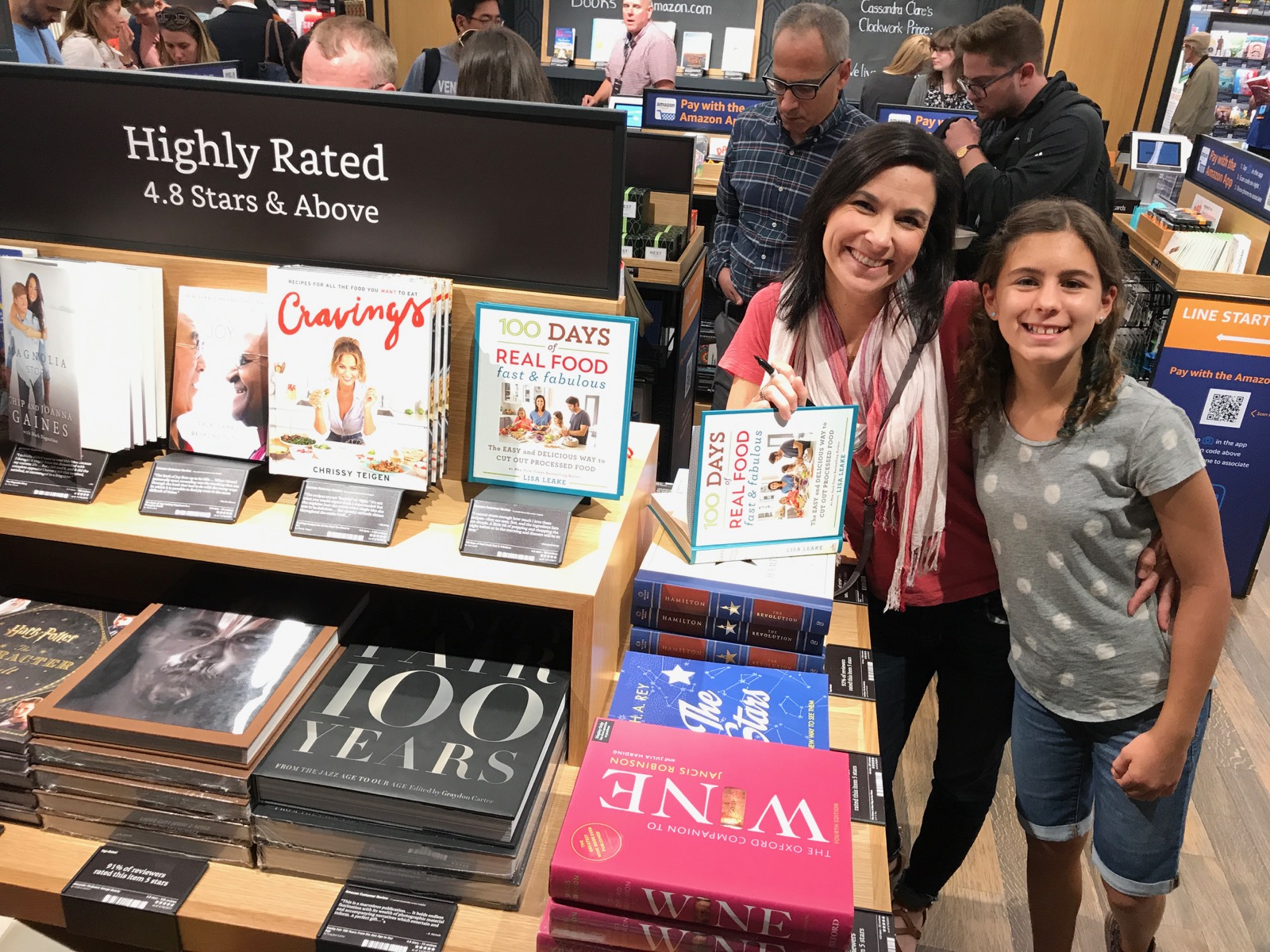 Afterwards the two of us did some sightseeing, had dinner with friends, and even saw School of Rock on Broadway (super cute!). Then it was time for my daughter to go stay with her fun artist Aunt in Brooklyn for a couple nights.  I honestly don’t think I’ve ever been so sad to see her go! I went from having the best travel partner to being all alone in my hotel room and I’m not gonna lie … I was pretty darn sad about it. Of course, it was better to have her there for some of the time as opposed to not at all, but it was such a hard transition for me! I had work to do over the next two days though, so it was for the best.

I tried to sleep as best I could that night because the next morning I was headed to the Food Network studios (my first time there)! Through a friend of a friend, I received an invitation to cook a recipe live on their Facebook page. So exciting, but also nerve wracking! They only have about 20 million followers so no pressure at all, right? 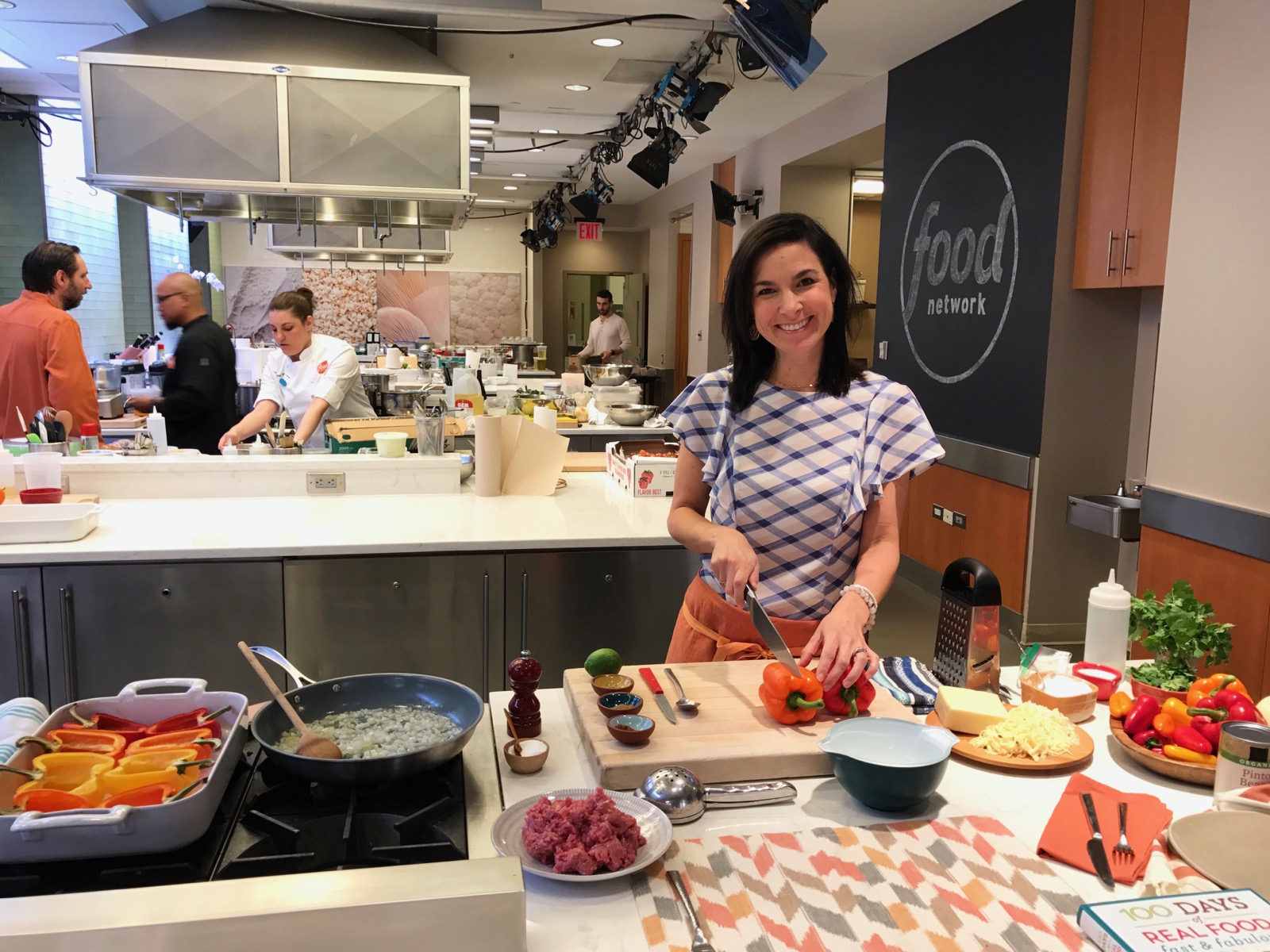 I made my Taco Stuffed Peppers from my Fast & Fabulous cookbook and it ended up being a really fun morning. I didn’t catch anything on fire, or accidentally chop my finger off while trying to simultaneously sound intelligent and remember how to cook my recipe, so I hope that means I get invited back someday! Here was the final dish I made (with the help of their lovely food stylist, Laura, who did all the prep work before I even got there). And here is the link to the video if you want to watch it (no need to have a Facebook account to view it). 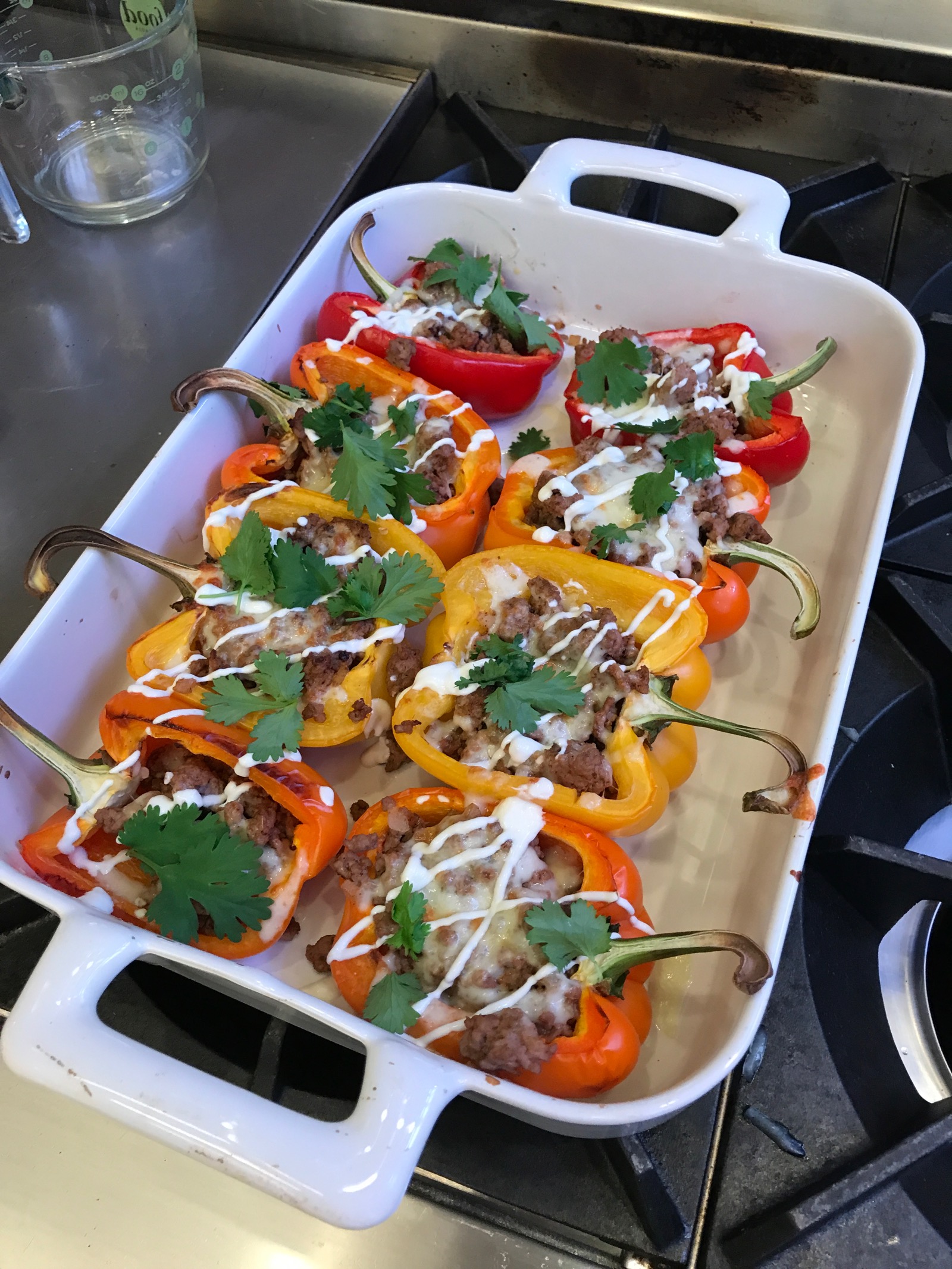 So, if that wasn’t already enough of a whirlwind, the next morning I had to wake up at 5am (!!) to be ready for a Satellite Media Tour, which consisted of almost twenty back-to-back interviews with local news stations all over the country! It felt like quite an undertaking, but it was very well organized (thanks to the producer) so it all went off without a hitch. And luckily my sister-n-law brought my daughter back just before I finished the last interview, so she got to see a little bit of the work that brought us on the trip in the first place. 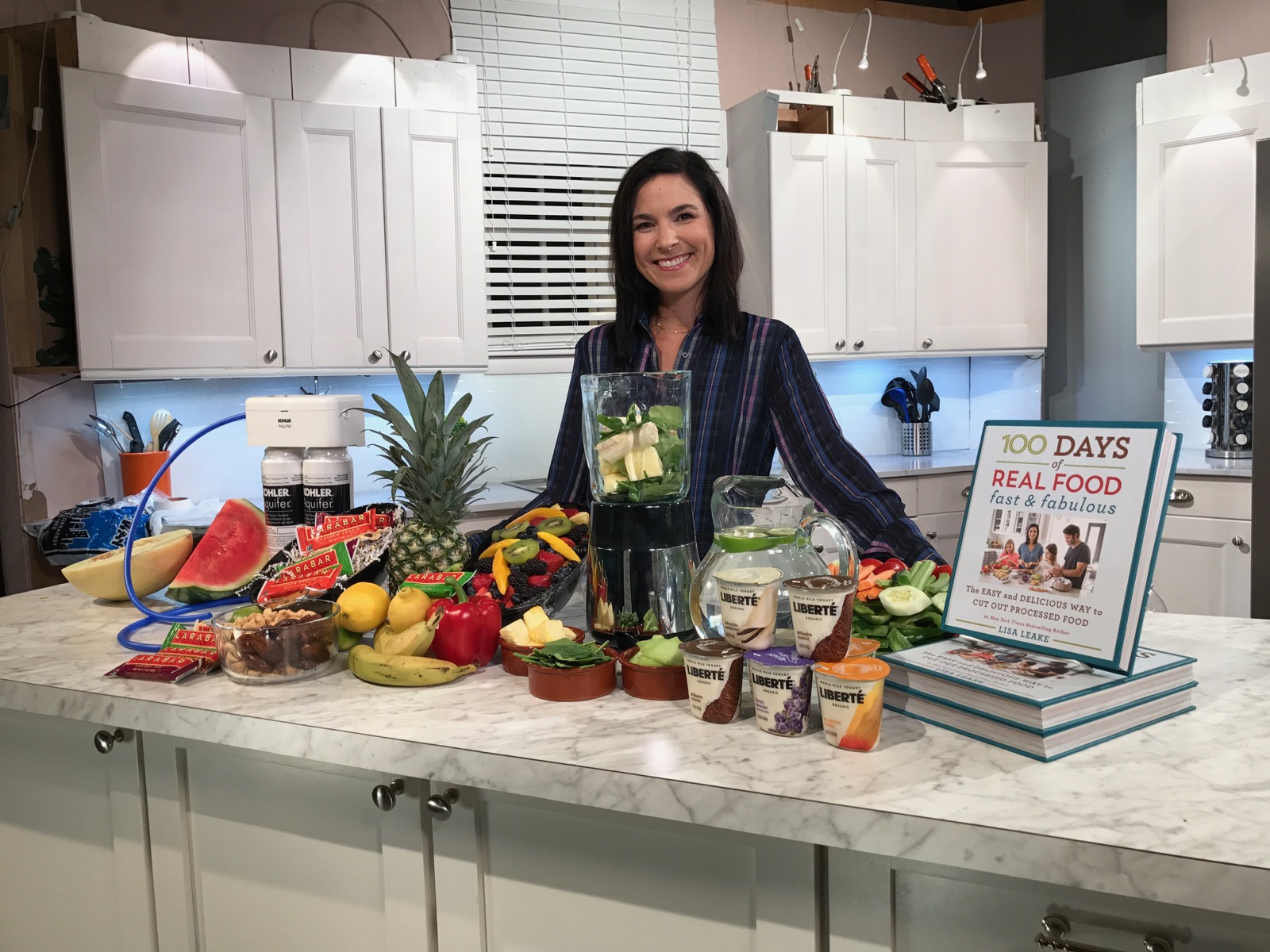 After all of that one thing was for certain – well, I guess technically two things – I was absolutely pooped and also SOOO happy to have my girl back with me (even though we were pretty much just set to fly home together after that). But see how much more snuggly she was in the picture with me after a little time apart? It was so nice to be reunited, and even nicer to arrive to home-sweet-home later on that night and see our other two family members that we missed so much. :) I’m so glad to have survived all of this craziness and to have made it home safely! 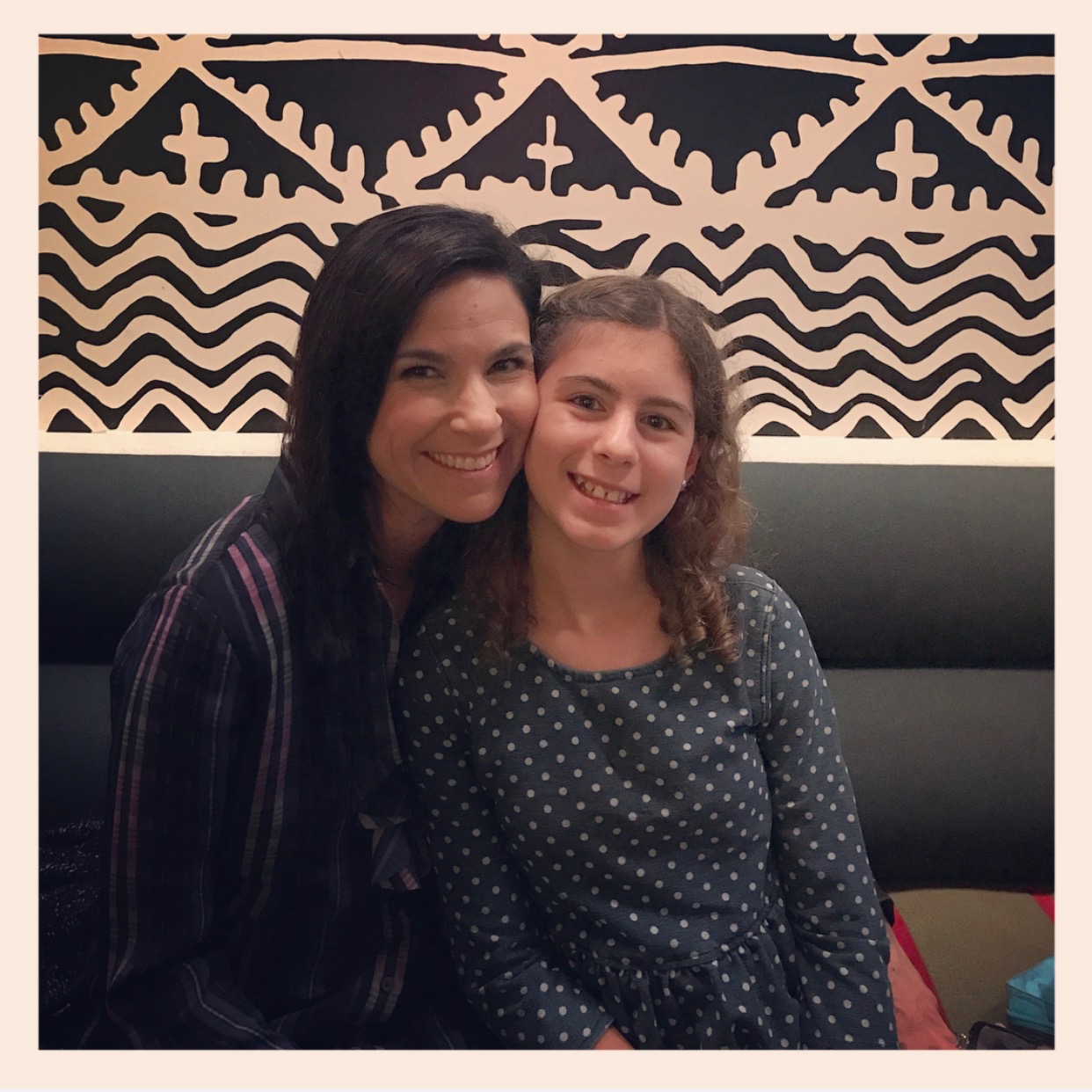