Once again my weekly dinner plan got a little off-track. You would think that if I am the one making the plan I could at least stick to it! I wanted to make whole-wheat matzo ball soup tonight, but after making pasta for our spaghetti on Monday I was left with only 1 egg. I can’t exactly make matzo balls without enough eggs, and I refuse to buy grocery store eggs (even if they organic)! But, up until today everything else went (mostly) to plan. Pictured you will 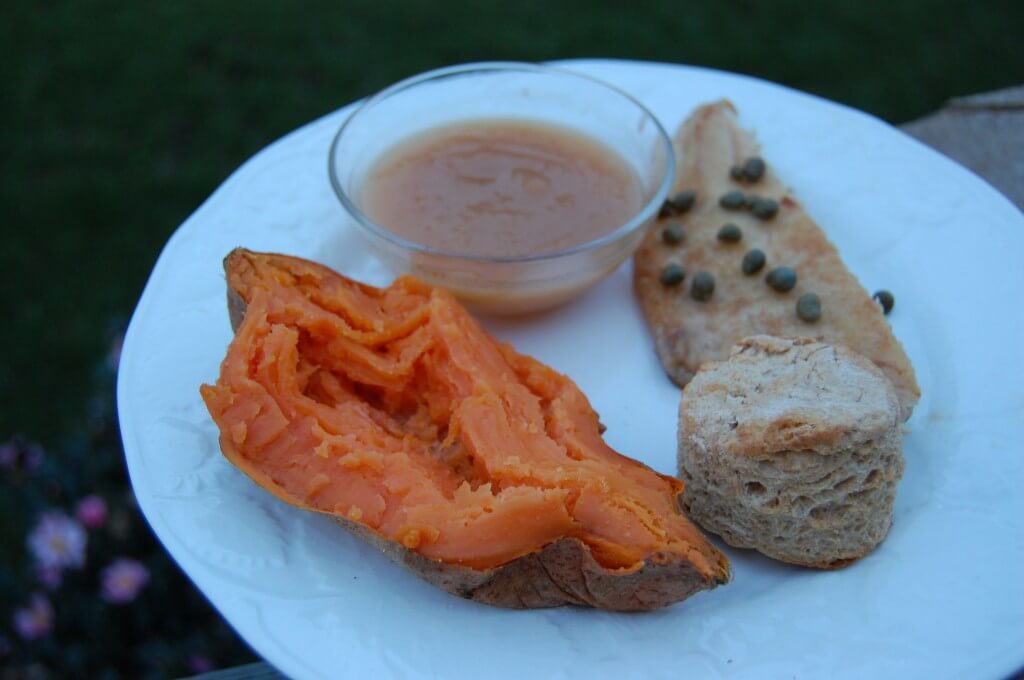 see our sautéed flounder, baked sweet potato, applesauce, and whole-wheat biscuit dinner from last night. I agree that 3 of 4 items being almost the exact same color does not make the most attractive dish, but as I have said before…the food we eat around here is reality and not always something fancy just because I will be blogging about it!

I got the flounder at Earthfare yesterday when I was there spending a little more than I was supposed to (oops). That doesn’t mean I am going over budget for the week, I just had to reallocate things a little. I was only supposed to spend $15 – $20, but here is what I actually spent $25.53 on…

I was planning to stop at Great Harvest to pick up some honey whole-wheat sandwich bread after Earthfare, which is where things got reallocated. I usually buy 2 loaves and throw one in the freezer (so I only have to go there every other week), but instead I could only spend $5 on one loaf after overspending at 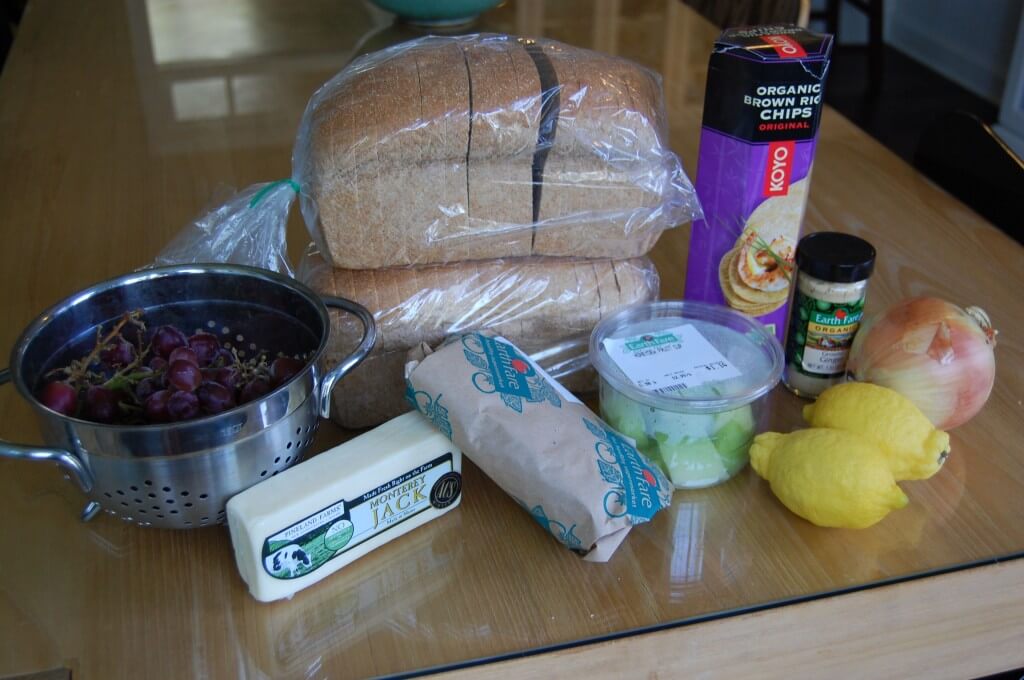 Earthfare. Having to go back next week would be inconvenient, but of course not the end of the world. I had a pretty nice surprise at the bread store though. I use their frequent buyer card, which allows you to get a free loaf for every 10 that you buy. So just as I had my best “feel sorry for me” look on my face (since I could not afford to spend more than five measly dollars there) I realized that after my purchase I would be due for a free loaf! I have never been so excited about getting a free loaf of bread in my life! Once you are on a tight budget, it is amazing how much you appreciate the little things.

On another note, I was watching a little video of my girls that I took one morning in October of last year. After doting on how much they’ve changed I started to zone in on what they were eating for breakfast. I was trying to figure out what box of cereal (that I surely had not read the ingredients of) I could have possibly been feeding them. I also watched myself in the video mention something in a very lighthearted tone about Halloween candy. I still do miss being able to feel carefree about what the four of us (and everyone else in the world) are/is eating. I hate to say it, but whoever said “ignorance is bliss” sure did know what they were talking about. But, at the same time I had to remind myself that in the video Sienna was only a month or so away from getting sick with a bad cold that flared up her asthma. And the wheezing that occurred with that particular virus did not get better with the first round of antibiotics…it actually got worse. So from April 2009 (when she got her first case of bronchitis that triggered the start of her asthma) to the end of last year, we had to use her nebulizer on 4 different occasions to treat her wheezing. Then came the day at the beginning of this year that we cut out processed foods and refined ingredients and guess how many times her wheezing has flared up since then? None. So I guess this is really about a little give and take…you don’t have to ask me twice to give up my carefree feeling about what we are eating in exchange for a carefree feeling about the health of my children!!