Yesterday morning started off with my husband once again running out the door to go up to Winston-Salem for the day (for work). I don’t know why I am 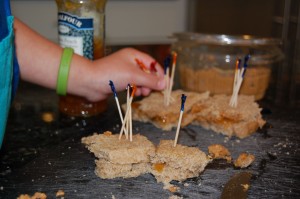 always so last minute about packing food for him, but his race suddenly became mine too. And in a moment like that I am incredibly thankful that my peanut butter and jelly making 5-year-old is finally big enough to help me out when it comes to making sandwiches! Pictured is one of the many PB&Js she has made for me recently and as you can see she takes her garnish cues from “Fancy Nancy”. I told her only 1 toothpick next time. In addition to the sandwiches we also packed him a sliced apple, Lara bars, a banana, raisins, water, and some nuts.

On another note, I ended up hosting a very spontaneous “GNI” (girls night in) with some dear friends last night. We normally do the potluck thing, but I insisted that they instead let me treat them to a spread of real food appetizers. I thought it would be a fun challenge to see what sort of app type dishes I could come up with (we have of course been doing a lot of real food lately…but it has mostly been full meals) plus I also secretly wanted to use this opportunity to prove to them that real food can be both good and plenty! Not so much with this group of friends, but really with all of our friends in general (and our family – don’t let me forget them!) we do often times feel like we are the minority with our new – and very strict – eating habits. We also often become the target for many jokes (that are of course delivered in the most loving manner)…let’s just say though that it hasn’t gone unnoticed.

My husband and I have discussed this observation, and we decided long ago though that just because the majority of people (even our friends) are doing something does not mean it is the “right” thing to do. This could almost be considered an illusion in and of itself. I would venture to say that most people think what the majority decides is the best choice. But when it comes to the majority of people’s highly processed food choices we disagree with this assumption wholeheartedly. I have heard of the tobacco industry being compared to the food industry, and I think it is actually the perfect analogy. I am too young to remember first-hand, but I believe that smoking was very much the IN thing to do and LOTS of people did it. I know in old movies they are practically smoking in doctor’s offices. Now look at what has happened. The cat got out of the bag that smoking actually might kill you, and slowly but surely people caught on and started making better decisions for themselves. I think (and hope) that one day something similar will happen with today’s food industry and slowly, but surely we will all get back on track to eating real food that is more a product of nature than a product of industry simply because that is way things are meant to be!

So anyway, enough on that little tangent of mine! Back to the appetizer spread from last night which took the better part of my afternoon to prepare and included…

Based on the feedback I think the food was enjoyed by all. My personal favorite was the quesadillas…man those were good especially with the homemade tortillas and secret ingredient. One friend, who is most concerned about not having enough to eat (if she were to solely rely on real food), said she felt plenty full afterward. Another friend, who is interested in signing up for the 10-day pledge, wanted to take some of the leftovers home so her husband (who is not as enthusiastic about the idea) could try everything. Lastly, I couldn’t help but notice that all of the dessert plates came back empty from what I could tell. So all in all I think it was a successful evening and worth the effort! 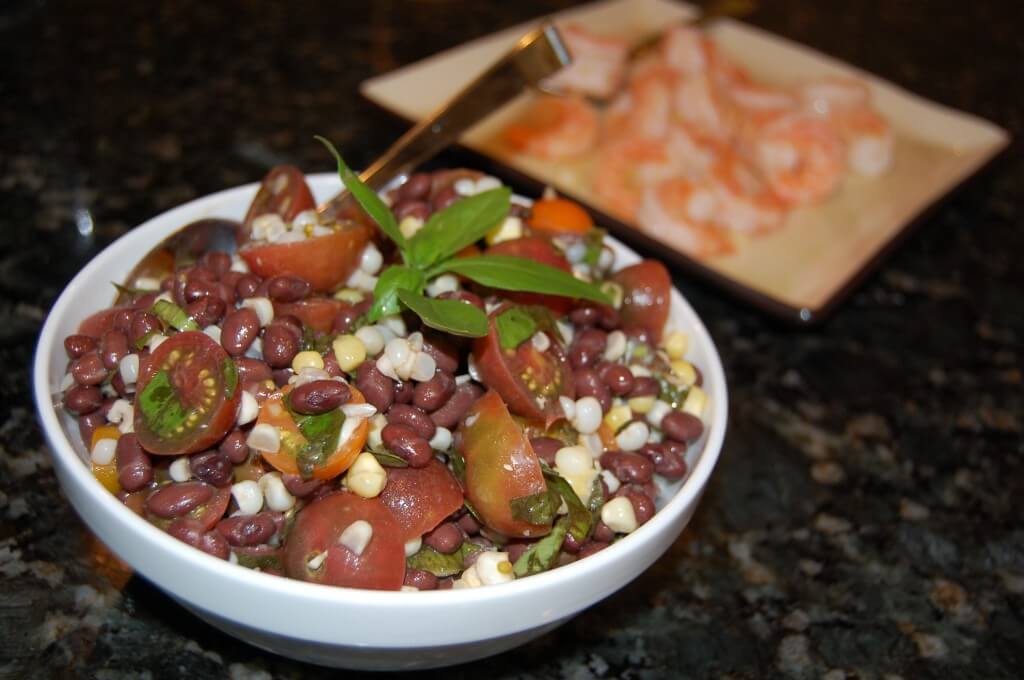 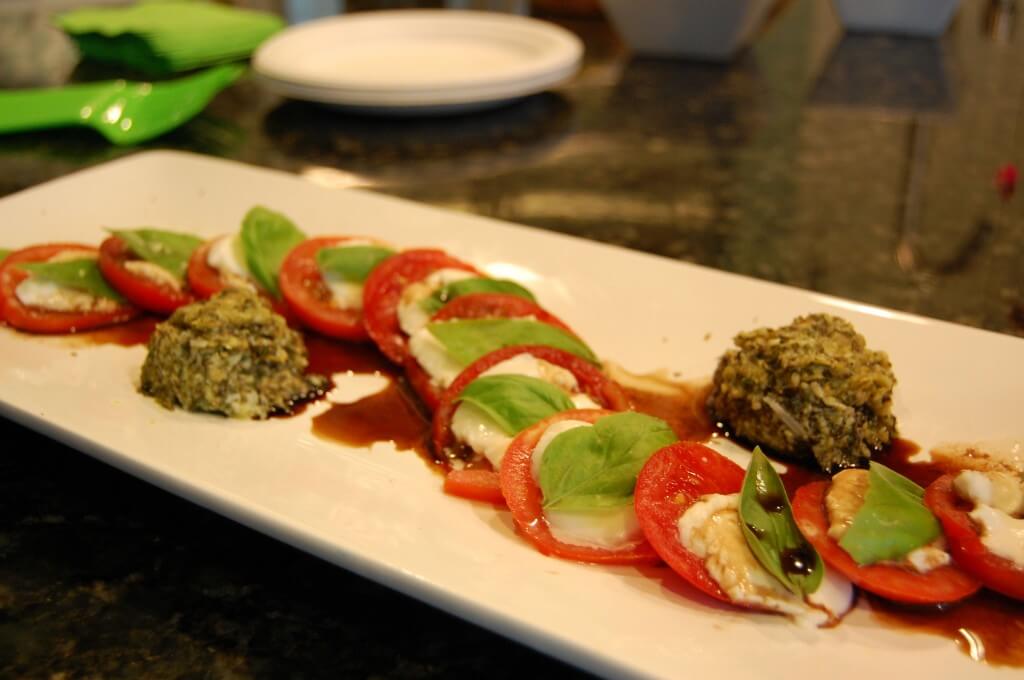 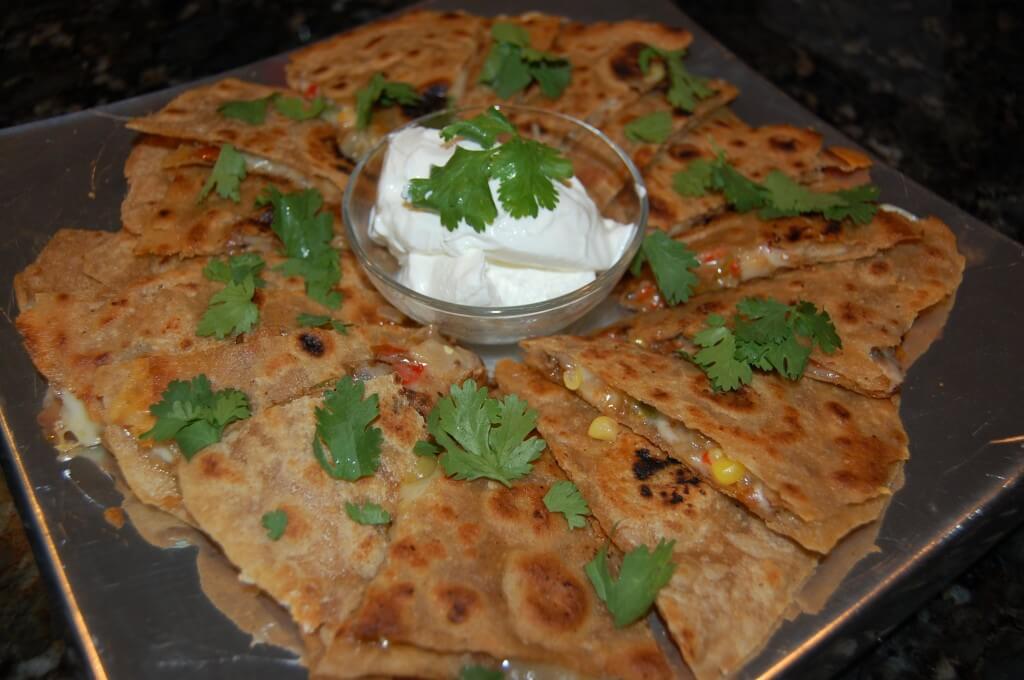 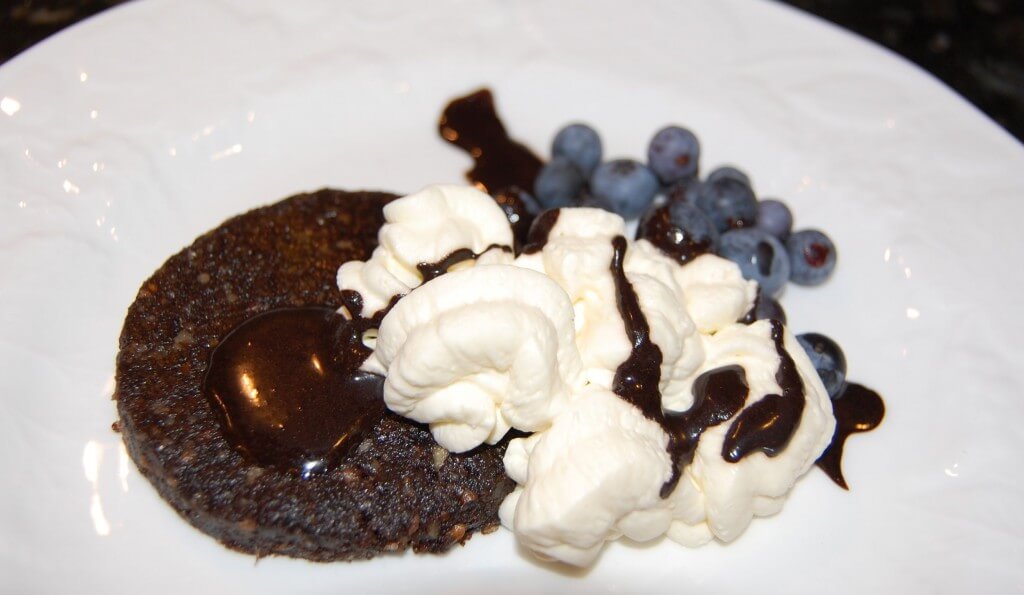