Thanks to the inspiration from the (not so good) fried rice at P.F. Chang’s the other night I decided to quickly throw together a homemade version the next day. It took (what felt like) all of five minutes to make and turned out really tasty. It made me feel once again disappointed that we sat around for 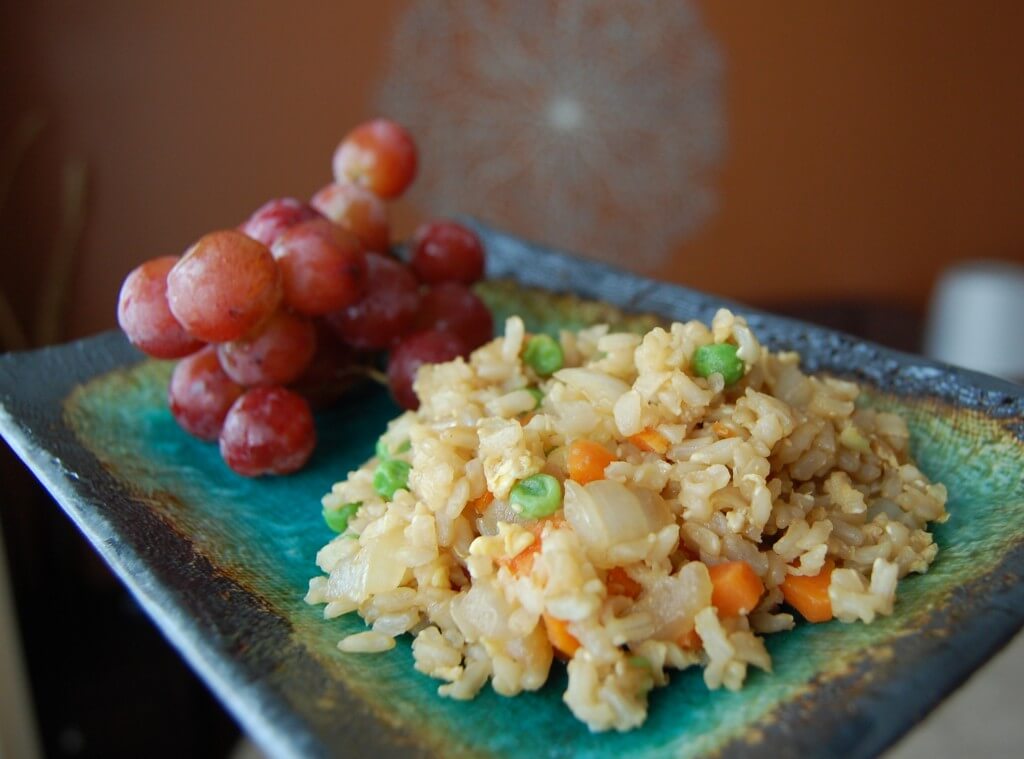 almost two hours waiting for a similar, more expensive, yet tasteless dish the other night. I just sautéed some leftover (cooked) brown rice with a little onion, carrot, frozen peas, egg, soy sauce, a dash of toasted sesame oil, and sprinkle of dried ginger. It was so easy and good…although I can’t speak for my 3-year-old because some days she just seems to be getting pickier and pickier! She ate a few of the grapes on the side and then just sort of picked at the rice. I think I scared her off with the carrots, but what can I say…I was not in the mood to offer her any other alternatives that day so what she got is what she got!

This week my girls have been at their second (and final) week of summer camp. I was relieved that all of the kids were supposed to bring their own snacks and that the day would end before lunchtime. This just meant that there would be less requesting, coordinating, and preparing of special meals on my part. I would have done it anyway, but every now and then I like a break! One thing they were doing at camp though was giving all of the kids popsicles on the second day. So I brought along some of our homemade popsicles for my girls on that day, which was easy enough. Afterward the teachers said there were no issues with my kids having something different, and one of the little 3-year-olds actually asked if she could have a popsicle like my daughter’s instead of hers. It made me feel a little bad that I couldn’t manage to bring homemade popsicles for all 20 or so of the little ballerina girls. Some things just aren’t realistic though!

Speaking of kids and what they will eat….I have been thinking about this a lot lately as I observe my children and other people’s children during snack/meal time. I truly believe that most children will eat the food choice that you give them (unless of course you already know it is something they don’t like). This simply means that it is up to the parent (and trust me I agree it is not an easy job) to make sure we are making the right choices in what we buy and offer our children. And we shouldn’t be giving them choices (like Pirates Booty vs. Triscuits or Goldfish vs. Grapes) instead we should only be offering them the best and most natural options if they are even given an option at all. I have two examples to back up my little theory here. 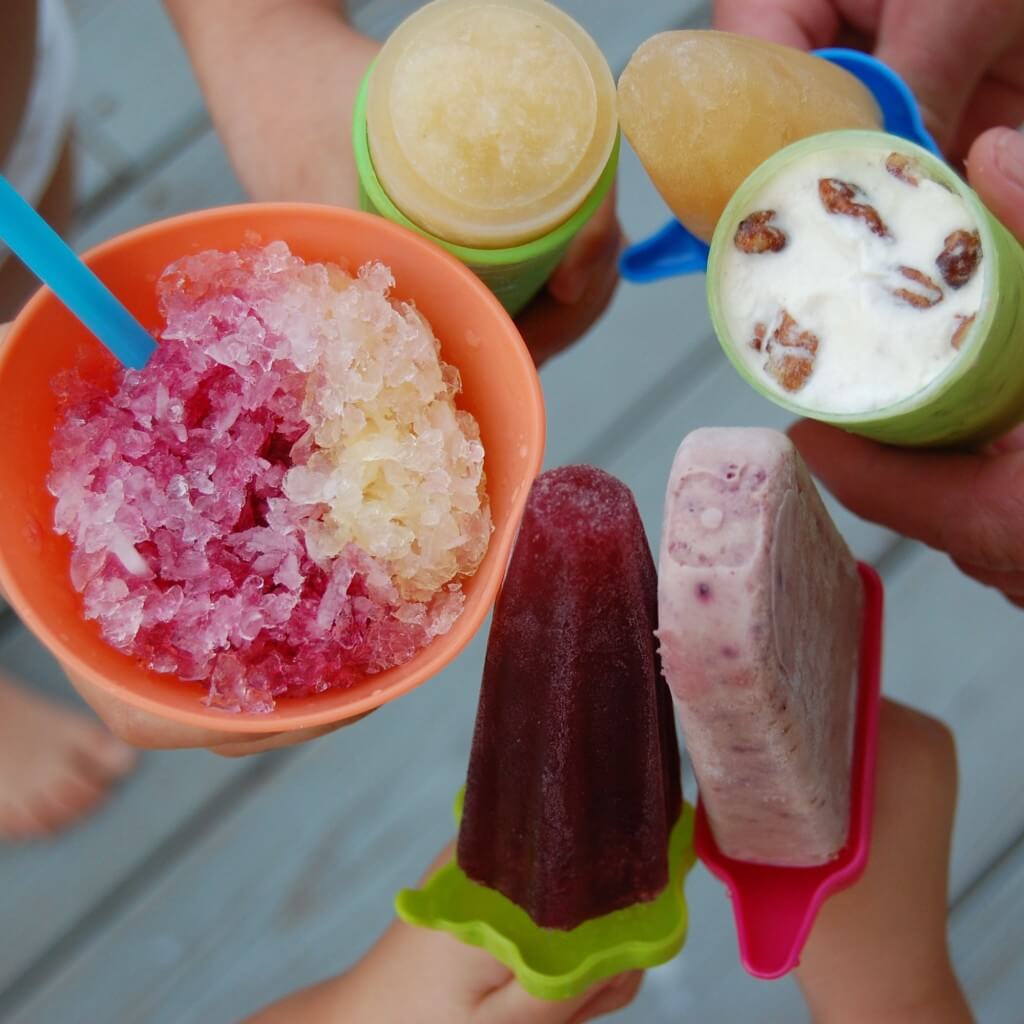 First of all, the other night after dinner, I let one of my daughter’s have a homemade freezie pop (that had frozen applesauce in it similar to the green one at the top of the picture). It was the perfect messy treat to eat outside on a hot day. Not one, not two, but three of the little friends on our street were out and saw what she was eating. They each separately indicated that they wanted “one” too (even though I am sure they didn’t know what it was). So fortunately, I happened to have exactly three extras in the freezer and was happy to divvy them up. All of the kids sucked them down with pleasure. And the only thing they were eating was all natural applesauce! Yes it was work to order the freezie pop molds and make them, but once all of that was out of the way these kids were thrilled to eat what was offered to them even when I can vouch that the very same kids usually eat pops from the grocery store.

On the other hand (not that I am judging – ha ha ha), I often see people giving their kids what I consider to be “highly processed snacks” (little bags of something crunchy…you know the usual suspect). At the beginning of this year I was guilty of doing the exact same thing. But whether it is these kids or my kids (or your kids if you have them) how do you think they would respond if you instead just handed them a different crunchy alternative like some whole-wheat pretzels, a Lara Bar (or homemade granola bar), some nuts, popcorn, or Triscuits? Just a thought.

Day 60: P.F. Chang’s and The Gum Controversy
Day 64: My Husband Cooks and Another Big Trip!