Wow….only eight days left! I almost can’t believe it. Although we don’t plan to change the way we eat very much (especially at home) it will be nice to have a little less pressure on me to carry this out perfectly. This is on my mind after the second time in a week that a recipe I planned to make had to come to a screeching halt due to rule-breaking ingredients. I guess that’s what happens when I pull from my “pre-100 day” catalog of recipes. I have really been craving some flavors from New Orleans (my in-laws live in The Big Easy so we’ve been spoiled with their yummy cuisine on many occasions). So with a few substitutions in mind I thought I would be able to pull together my husband’s aunt’s gumbo recipe.

Originally I was thinking that I would just sub whole-wheat flour for white flour when I made the roux. And even though I love to have sausage in our gumbo I would just have to settle with leaving it out since we recently discovered our source for local sausage uses sugar. Then I went searching at Earth Fare for a can of “stewed tomatoes” which as it turns out definitely has more than five ingredients. And Earth Fare said they didn’t have any fresh crabmeat on hand, and they don’t carry crabmeat in a can because it doesn’t meet their requirements (and if an entire grocery store chain deems something is “bad” would I want to eat it anyway?). I’d already bought some of the other ingredients by this point so I thought maybe I could make my own stewed tomatoes. But, then what about the crab? And at what point do I stop jumping through hoops just to make one damn recipe?!

So since we were gumbo-less we settled for our go-to meal of quesadillas. I feel like we have quesadillas (with homemade tortillas) all of the time, but all four of us just love them. I made some fruit kabobs for the girls to go with it. Another dish that is a sure thing around here is quiche. Every time I make it the entire dish just gets devoured. This time we decided to grate some yellow squash (that I never know what to do with) to mix with the eggs. You could barely taste a difference, and it made me so happy to know that my girls were getting some veggies with their dinner. I of course told them about it afterward so they were aware that they ate yellow squash and liked it! 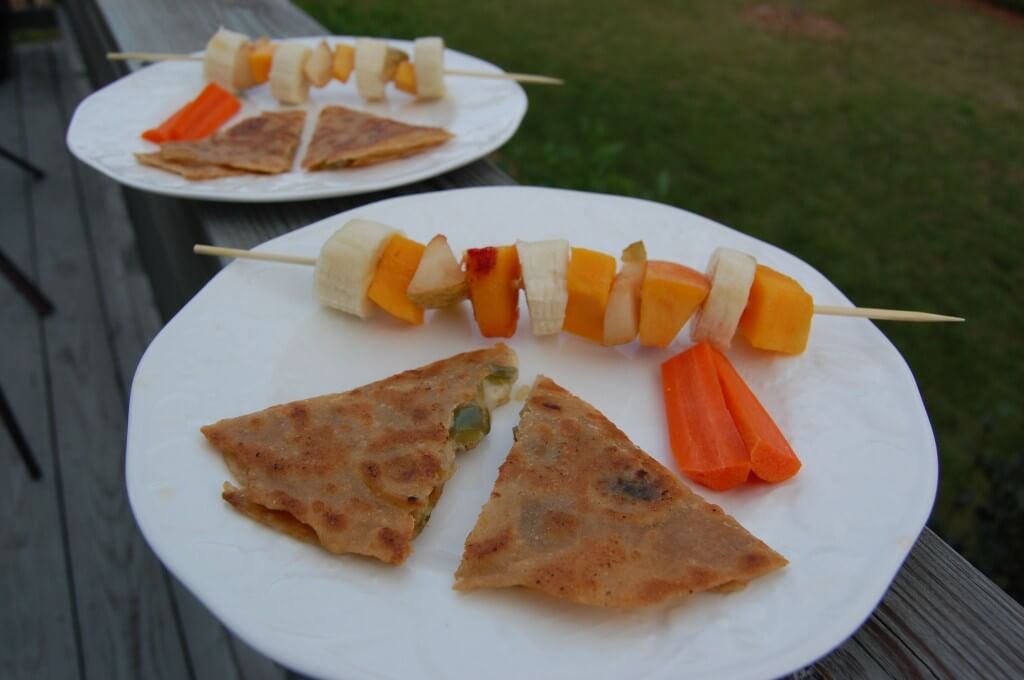 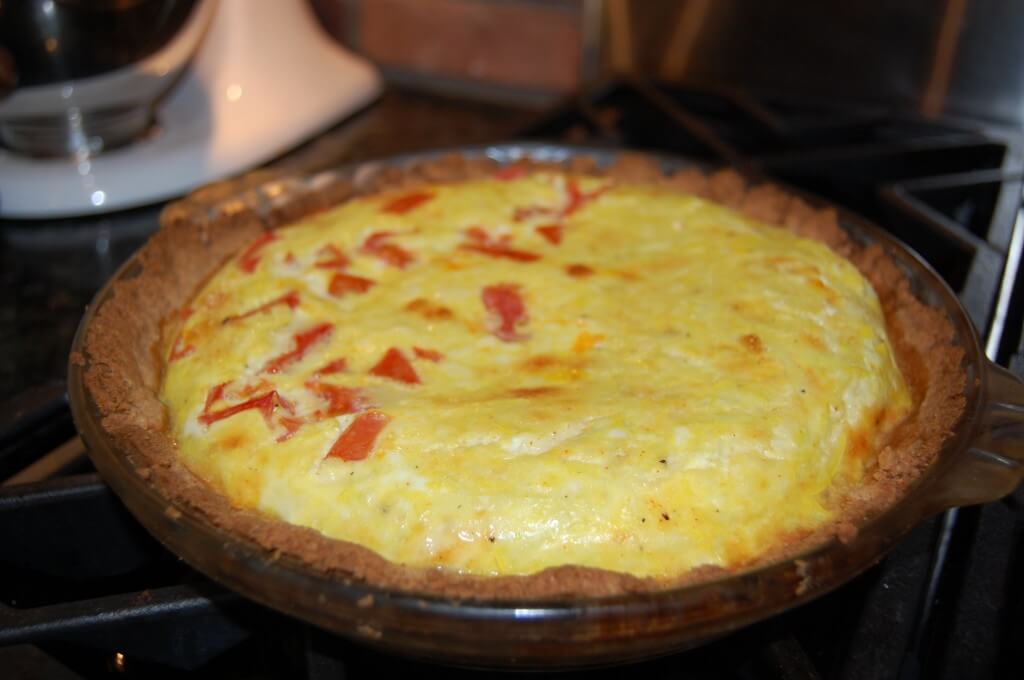 Speaking of our homemade tortillas (that we all just love), that is what I packed for my daughter’s “sandwich” for her first day of kindergarten today! I added a little hummus like I usually do, but I also included some grated carrot (which she said she especially liked…she is not my picky one though). I also included a hard-boiled egg, mango (her favorite fruit), whole-wheat pretzels, and a little fruit leather for a treat. Her teacher said she only lets the kids get treats from the lunch line on Fridays so I am glad to have a little routine I can follow as well for when to send something extra special. I have a feeling that I could easily get into a lunch box rut…but with only one day behind us it’s been fairly easy so far! 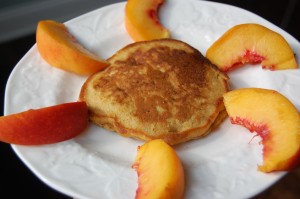 I’ve been trying to be a little more creative with breakfast lately (that is before we had to start waking up at 6 A.M. for school!). The other day my 5-year-old pulled out this kid cookbook and saw a pancake breakfast arranged in the shape of a sunshine. I’ve had this cookbook forever of course and never used it….guilty! The 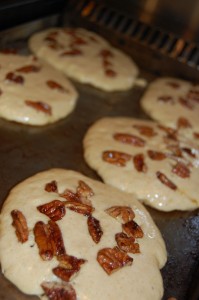 y used blueberry pancakes and oranges, and we didn’t have any of that so banana pancakes with peaches as the sun’s rays made for the perfect substitution. My 3-year-old won’t eat peaches (no matter how hard I try) so her rays were made out of pears. The best idea though was to throw some of the glazed nuts from the maple pecan ice cream recipe into the pancakes while they were cooking. That was an incredibly yuuuuuummy combination if I do say so myself! 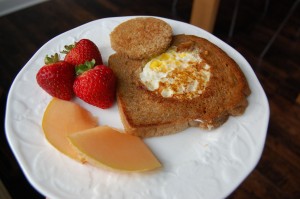 I also tried making “eggs in a basket” for the first time. It was again something only slightly different than we are used to (like the pancakes before they met the sunshine), but enough of a difference to make it exciting for the kids. My 3-year-old who is normally the picky eater scarfed her entire breakfast down before I could even ask her if she liked it. It was a hit to say the least! So now that the weekend is upon us, I am going to start my mission to sort through our New Orleans cookbooks to find something I can make without having to tweak things too much. I have also been craving some meat lately so I think BBQ ribs might be in our future as well. I hope my cravings work out for us this time!

Day 89: Eggplant and 10-Day Pledge Alternatives
Day 94: Starbucks and Out to Lunch