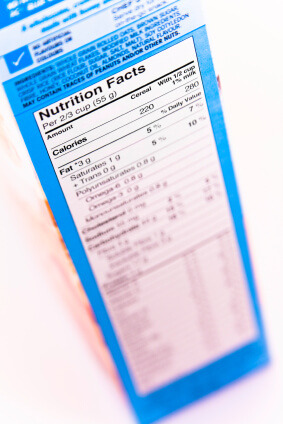 I hear from readers quite frequently who would like to cut out processed food, but are feeling overwhelmed and don’t know where to start. The key thing to remember is that small changes can go a long way – cutting out processed food doesn’t have to be all or nothing! So to help you get off on the right foot this New Year below are 5 easy changes you can implement this month. In fact EVERYONE could start #1 today. It’s easy, it’s free, and it’s all about awareness. Pick 1 or 2 items from this list and commit to starting them this week. Once you’ve got those items down move on to the others, and before you know it some of these changes will become your “new normal.”

Speaking of getting off on the right foot this New Year I also want to introduce you to our meal planning sponsor, The Fresh 20! It’s no secret that it can take more time to plan and cook real food day in and day out, but a service like The Fresh 20 can really take some of the weight off your shoulders. Each week they send you 5 unprocessed dinner recipes that you can make from 20 fresh ingredients. For only $5/month the budget-friendly recipes include an organized shopping list, and you can choose from their Classic, Vegetarian, or Gluten-Free plan. If you are already a member of The Fresh 20 we’d love for you to share your feedback in the comments below!

What do you plan on doing in the New Year to reduce your family’s consumption of highly processed foods?