Skip to content
890 shares
5 Reviews / 4.8 Average
A cheesy pasta and veggie bake that tastes just as good when reheated.
↓ Jump to Recipe
This is the time of year when we really need easy one-dish dinners, and that’s exactly what this is! I’ve also been loving dinners like this that people can reheat at different times (hello, evening sports!). And it seems like I am always on the hunt for more hearty vegetarian meals I can add to the rotation.

I try to only have meat as the focus about half the time when I am mapping out dinners for the week. It’s good for your health and your budget (and the environment)! And for those meals that I make with meat, I try to make sure that it’s high quality from somewhere like Butcher Box or our farmers’ market.

How many days a week do you try to eat meatless meals? How about meals that use just a little bit of meat for flavoring (instead of being the focus of the meal)? You can get most of the same benefits by just cutting back rather than giving it up altogether. 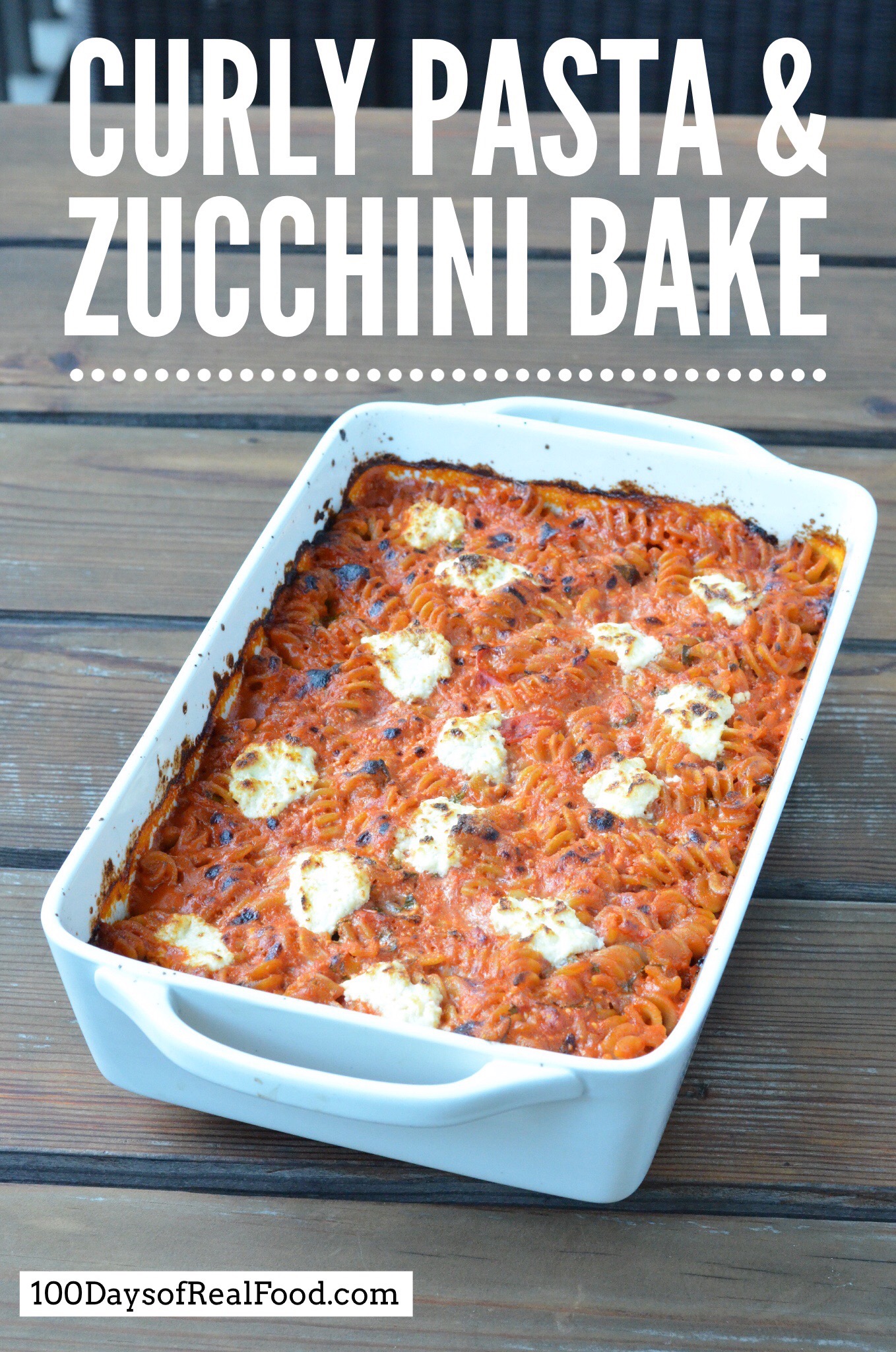 Can you put uncooked pasta in the oven?

I mean, you could, but I wouldn’t recommend it! Unless it’s specifically a “no-boil” thin lasagne noodle, I would recommend boiling your pasta, at least until it’s al dente (i.e., almost done), before you add it to any casserole that you plan to bake in the oven. I used curly pasta in this recipe, mainly because my kids like it, but a similar sized substitute (such as penne) would work just as well! 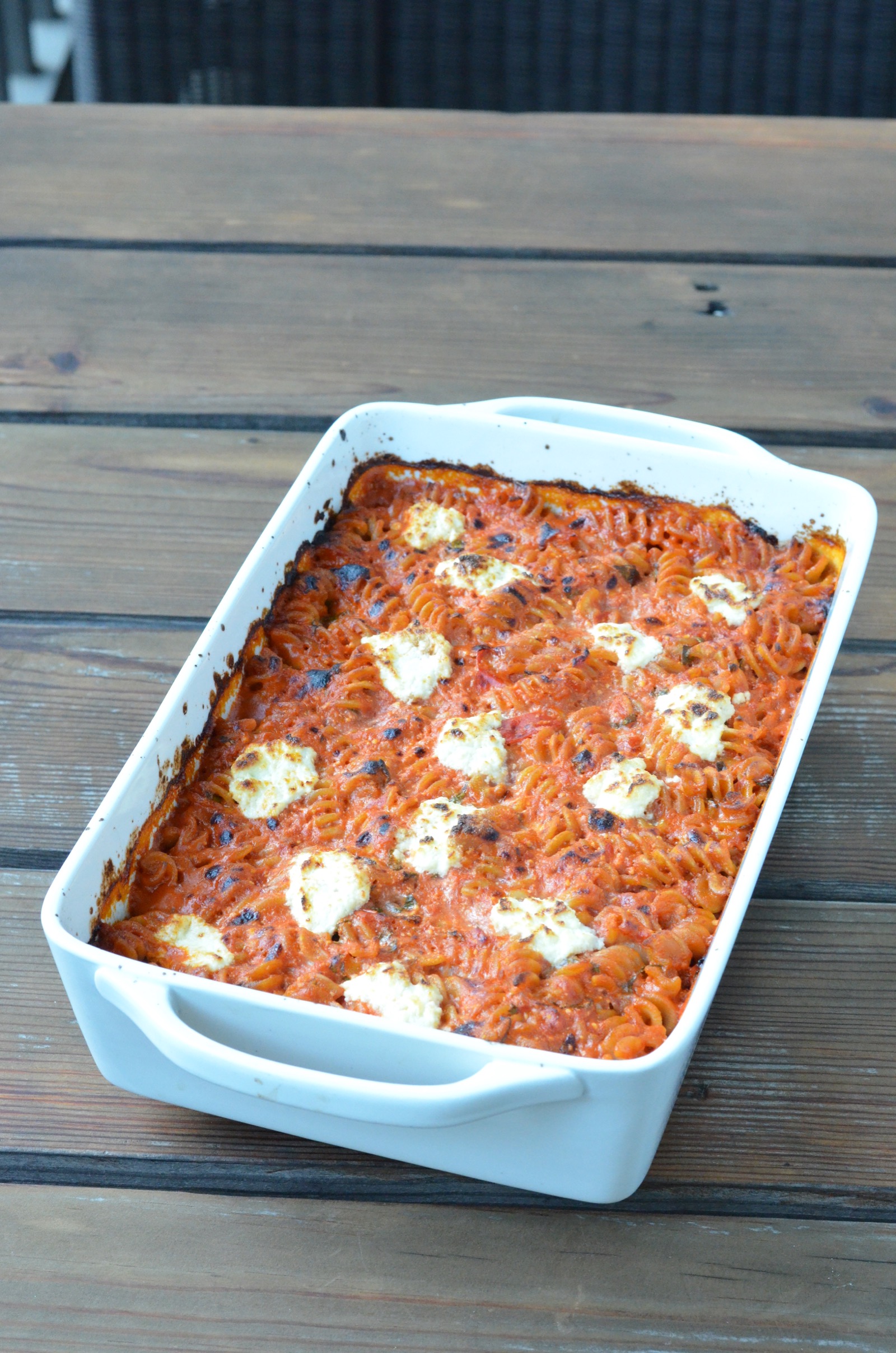 We recommend organic ingredients when feasible.
Want weekly REAL FOOD meal plans made for you?→ WATCH THE VIDEO
890 shares