I have a super fun summer party idea for you …Backyard Movie Night with a DIY S’mores Bar! We took the liberty of “testing” this out for you (haha) last weekend, and it was a huge hit. I let my girls each invite 5 friends to celebrate the end of the school year, and they assured me that the “fanciness” of our little buffet would not be lost on a bunch of 8 and 10-year-olds! But even so, my daughters and I enjoyed setting up for this last minute themed party that we attempted to make as “real food” friendly as possible. Read on for all the details. 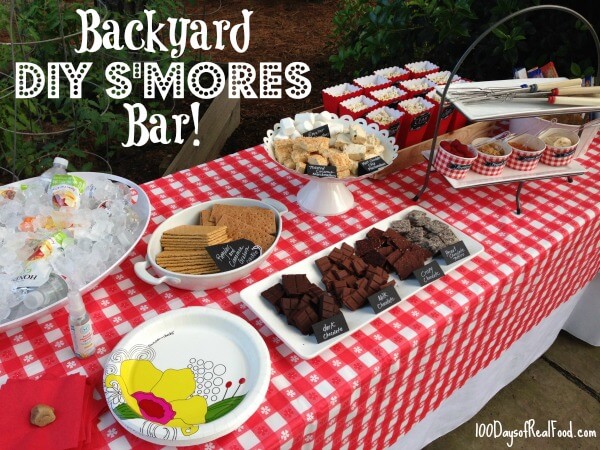 Okay, so s’mores are obviously gonna break our real food rules to some degree, but we can (thankfully) still indulge in this summer past time while somewhat honoring our values.

This is what we offered:

We also made popcorn that I didn’t serve until the movie started. Here are some more pics. 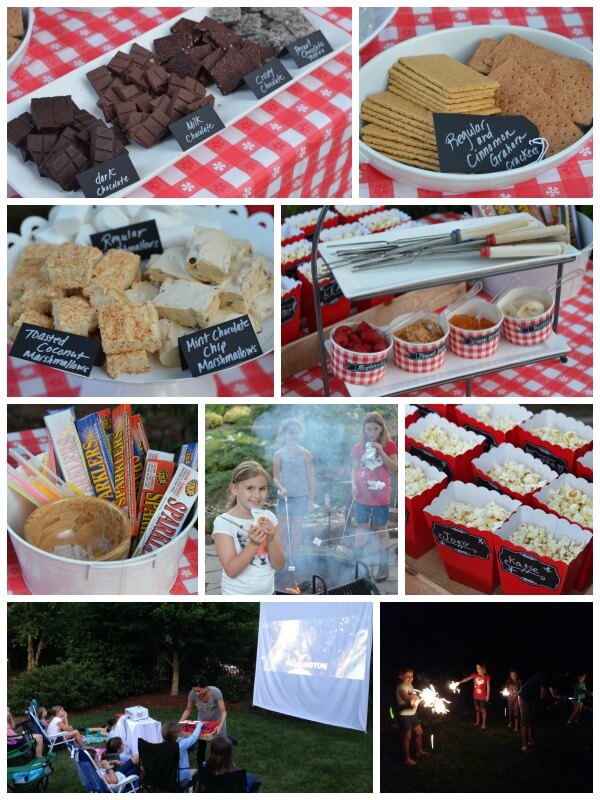 The Movie and Other Fun Stuff

The big attraction of the night (aside from the food, of course) was our backyard movie! I saw something similar in a magazine and thought it was such a cute and fun idea. The article said you could sometimes borrow projectors from libraries (not true in our case) or schools (also not true around here), but once I get my mind set on something there is very little to stop me so I kept searching till I found a way to pull this off!

I came across a very cool and affordable movie “kit” you can rent online that includes everything you need, but it is unfortunately no longer available. You can find similar kits here, but they are more expensive.

We also had sparklers and glow sticks for the kids – both are so inexpensive and who doesn’t love glowing in the dark? And right on cue we were joined by some fireflies, too :)

I got some good shots of the girls’ s’mores creations …it was fun to see what they chose and how much they enjoyed it! We loved being able to add the flavored marshmallows to the mix, but I must say in our experience they didn’t quite “roast” like the store bought marshmallows. They get warm and gooey and therefore work great in a s’more, but they don’t get quite as brown and toasty on the outside because there is no real layer there to help serve that purpose. So just be sure it doesn’t melt off your stick right into the fire is all!

Watching the marshmallows come together from scratch (they do need at least 6 to 8 hours to set) is a super fun kitchen project though – something you have to try at least once so I hope you’ll have fun with the recipe below. 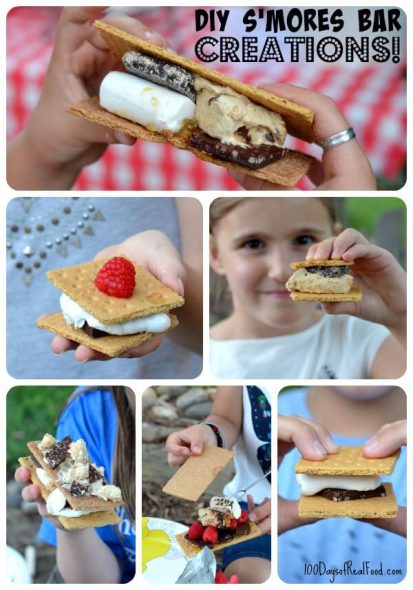 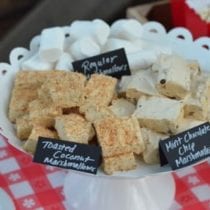 We recommend organic ingredients when feasible. Instead of butter, you can sub coconut oil to make this recipe dairy free. **Find the homemade vanilla recipe here - Homemade Vanilla Extract
Tried this recipe?Let us know how it was!

I hope you can use these ideas this summer for a fun night with family and friends. Enjoy! 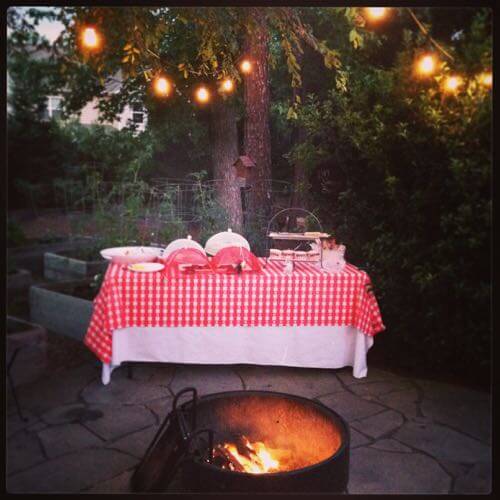 47 thoughts on “DIY S’mores Bar with Homemade Flavored Marshmallows and a Backyard Movie!”