Skip to content
741 shares
Today I'm excited to tell you all about King Arthur's new whole-grain Sprouted Wheat Flour and how it turned out in this yummy savory scone recipe!
↓ Jump to Recipe

Today we’re talking about a hot topic — sprouted wheat! Whenever I buy whole-grain flour, King Arthur is usually my go-to source (which is why it’s so fun to now be working with them as a sponsor on this post!), but I often just grab their whole wheat or white whole wheat flour on autopilot. So today I’m excited to tell you all about their new whole-grain Sprouted Wheat Flour (unfortunately no longer available) and how it turned out in the yummy savory scone recipe below! 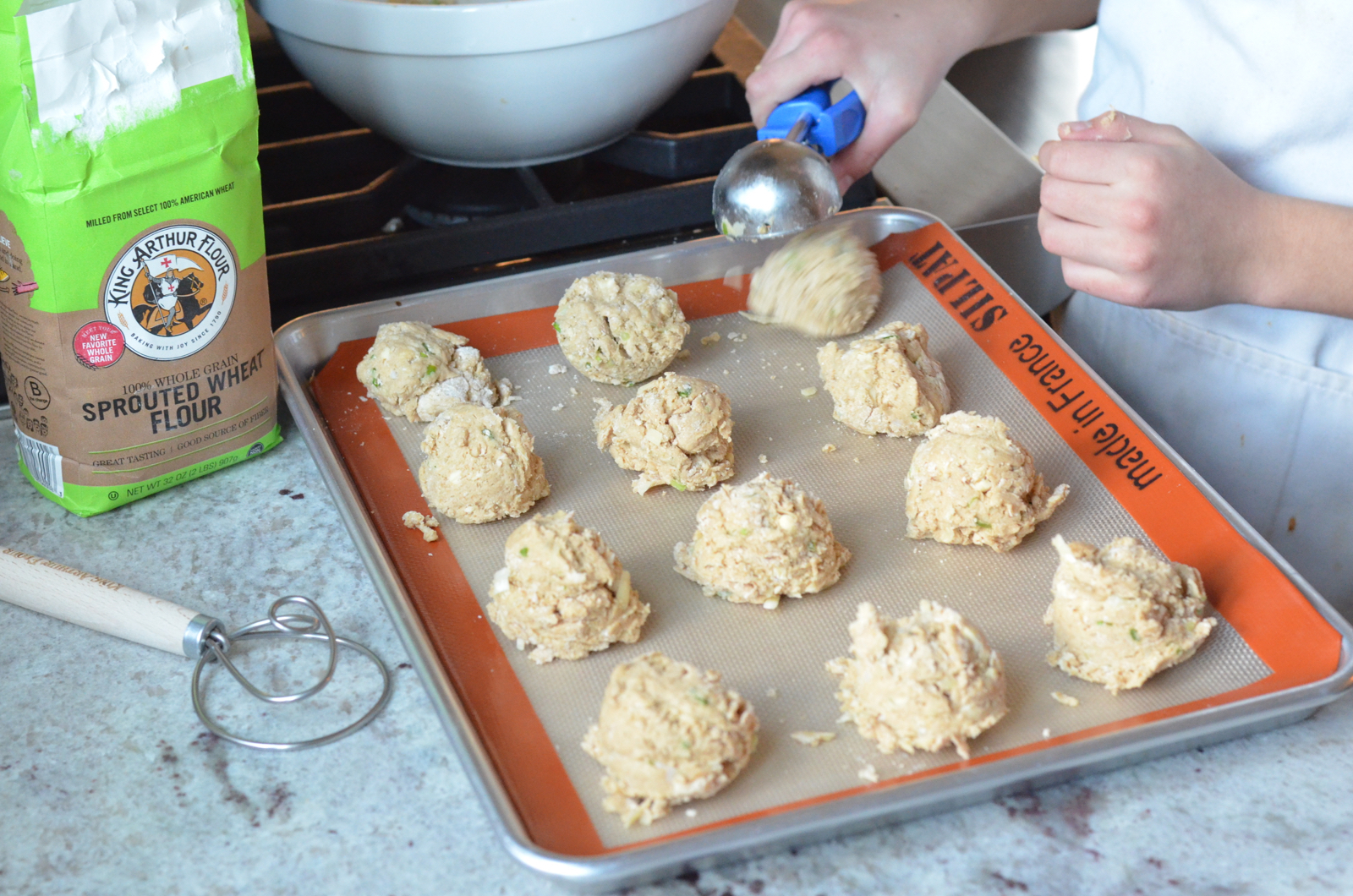 –
But First – “Sprouted Wheat” is the one exception to my rule of needing to see the word “whole” to ensure it’s whole grain! Read on to see why…

Just like regular flour, Sprouted Wheat Flour starts out as wheat berries. The only difference is instead of going right into the mill to make flour, the wheat berries (i.e., seeds) are first misted with water and briefly allowed to sprout (just barely!) in a controlled environment. These sprouted seeds are then dried before finally being milled into flour.

Other brands typically make their sprouted wheat flour from hard red wheat berries (same as what’s used in most regular whole-wheat flours). But, King Arthur Sprouted Wheat Flour is made from white whole wheat berries — a lighter yet still whole-grain version of wheat (same as what’s used in their regular white whole wheat flour). Just think of how many varieties of apples there are – these are just two of the many different varieties of wheat!

When sprouted, white wheat berries yield a creamier, milder-tasting flour that can easily be incorporated into any recipe. This is why I often prefer white whole wheat flour over whole wheat flour, even when it comes to just regular flour. When using the sprouted wheat flour, you can substitute 1:1 (or up to 50%, if you prefer), and I think you’ll be pleased to see it’s just as easy to work with and can even hold water better than other flours. It worked great in the scone recipe below!

If you’d like to learn more about substituting sprouted wheat flour or for more recipes, check out King Arthur Flour’s guide!

I used one of King Arthur’s recipes to test out the new sprouted wheat flour, and I have to say the results were sooo good. My kids kept trying to call them biscuits, but they liked them so much I literally had to cut them off so there’d be a few still around the next day! I served them with poached eggs and a salad for an easy weeknight dinner. Let us know what you think of the sprouted flour once you try it out and give these a go. Enjoy! 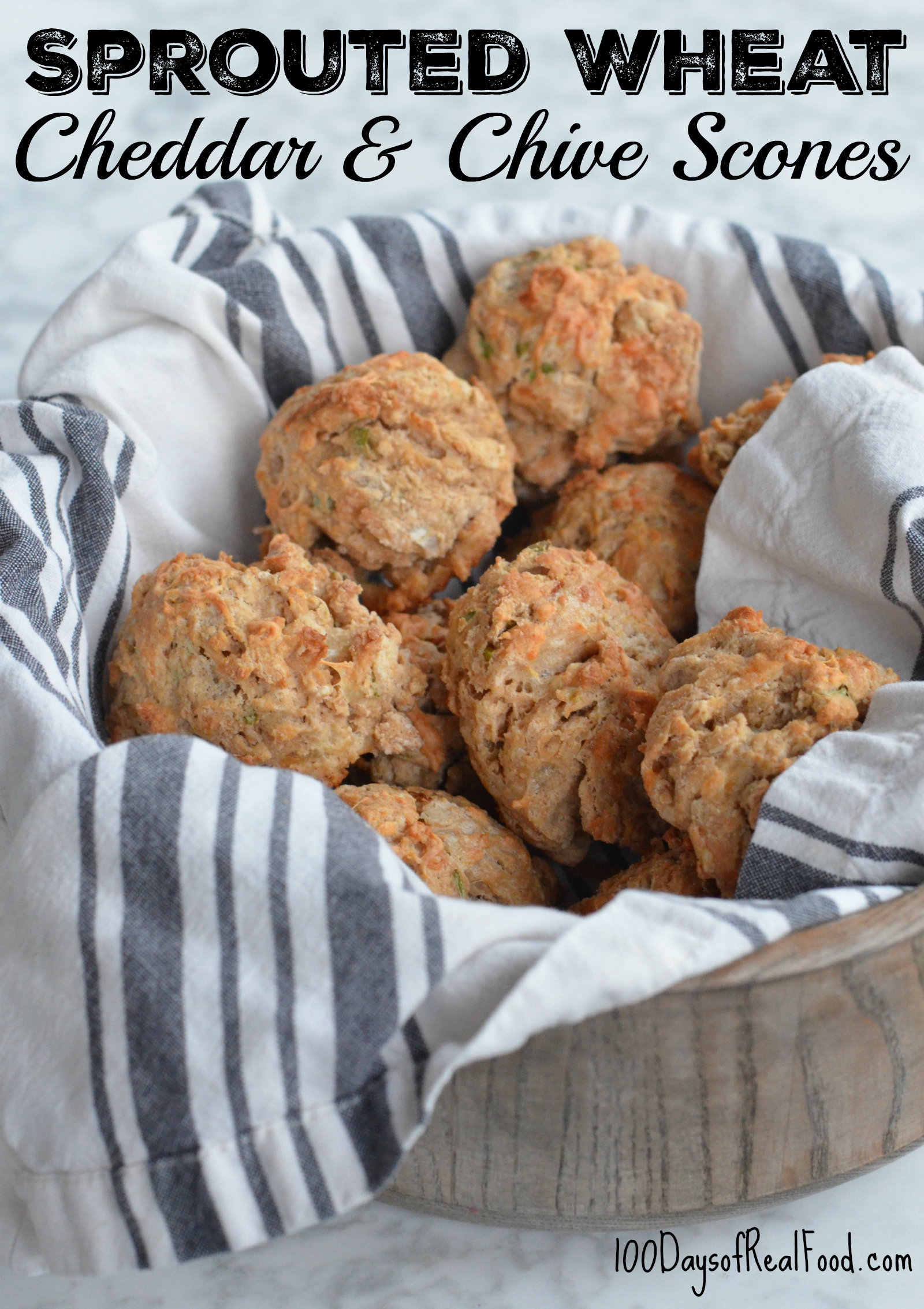 We recommend organic ingredients when feasible.
Want weekly REAL FOOD meal plans made for you?→ WATCH THE VIDEO
741 shares