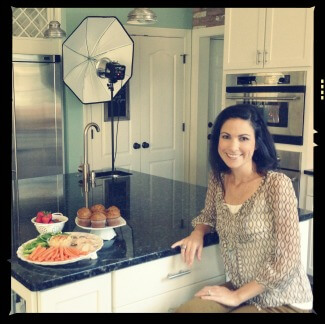 In case you missed it on Facebook I am super excited to share that I am officially writing a cookbook! I can hardly even believe it myself, but I guess sharing the news here on the blog makes it seem even more real. And the fact of the matter is I would never be in this position without all of you so I really cannot thank you enough for your continued support! So, for those who are interested in this sort of thing…below are some of the details on how all of this happened. :)

When I first started this blog I wondered…how does one go about writing a book in the first place? I seriously had NO clue and come to find out there are actually a couple of ways you can do it. First of all, you can write a book and self publish it, which is certainly something I considered. But it can actually be kind of expensive because you have to fund the whole project yourself (or raise/borrow money). And believe it or not the expenses involved in writing a cookbook can add up fast…not to mention the time commitment as well!

The second option is of course going the traditional route and working with a publisher. And as I learned most writers use a literary agent as the “middle (wo)man” because they know how to get in touch with different editors and they are the ones that can hopefully land you a deal. I luckily knew a friend of a friend who had recently worked with an agent on her book so with high hopes I got in touch. And after a very brief discussion the agent politely told me I wasn’t quite ready yet to get the attention of a publisher. That was a year and a half ago…I tried not to let it bring me down too much. Good things sometimes start with a little bit of rejection, right? So anyway more than a year had passed when another industry contact ironically pointed me back to this very same agent. It felt like a sign. And as a bonus she was finally ready to work with me!

The whole thing sounds kind of easy up to this point, doesn’t it? Well that’s because I didn’t mention yet that when your agent reaches out to publishers they do so by sending a copy of your book proposal. And a book proposal is no joke. Mine ended up being 83 pages long and it included three sample chapters! As you can imagine it took me many months to put this thing together and then a few additional weeks of back and forth edits with my newfound literary agent.

Then finally the day had come…my proposal was going to be sent out to a bunch of publishers. I could hardly sleep and was on the edge of my seat dying to know what kind of response we would get (if any!). Waiting to hear back from editors can sometimes take weeks though so sitting by the phone was unfortunately not an option. And as luck would have it I was of course shopping at Target with both of my children when we started to get a response…a few publishers were actually interested! I was smiling so big I am sure I looked like a complete lunatic. What mom is at Target with a super long shopping list, two impatient kids, AND a permasmile so big it’s literally impossible to wipe it off her face? Anyway, I was too distracted to even know what I bought that day. But after we raced home and a few more days of back and forth passed we finally came to an agreement with Harper Collins and their cookbook imprint, William Morrow. (!!!!)

It was a very exciting few days for a regular mom like me. And as soon as the excitement started to die down (just a tad) I began to realize I actually have to write this book now! :) So these days you will find me trying to do my best as I figure out this whole cookbook-writing thing and attempt to manage the additional workload that comes along with it (in addition to my existing family and blog duties). It’s been quite the experience thus far especially for a former corporate event planner turned stay-at-home-mom who was always much better at math than English in school! I never in a million years thought I would one day be an “author” (still sounds weird), but here I am starting a new career path at 35 years old. It just goes to show that you really can figure out “what you want to be when you grow up” at any age.

So…back to the details. The book will be part guidebook and part cookbook including 100 mostly new (not previously on the blog) recipes. And one of the most important aspects of any cookbook is of course the pictures! If you like a lot of pictures then you are in luck because I plan to have a photo with every recipe. And Carrie with Deliciously Organic is the one taking the food pictures for the book! She recommended another photographer, Kelly with Kelly Kate Photography, for the “lifestyle pictures” (i.e. photos of us) so as a result both Carrie and Kelly (and Carrie’s two daughters!) came here for a week earlier this month. It was intense at times, it was fun at times, and it was exhausting at times…but we did it! And literally 5 minutes after we snapped the very last photo my 7-year-old decided to face plant off the swing. I was of course relieved once I realized she was okay, but after seeing her swollen lip and bloody mouth I just couldn’t believe the timing of it all! So anyway, we managed to survive our weeklong photo shoot together and my daughter’s mouth quickly healed shortly thereafter. Injuries aside though, we are honestly so thankful to finally have the big shoot behind us so we can get back to our normal and predictable (and sometimes boring) routine! Here are a few “behind the scenes” photos from our crazy book shoot together: 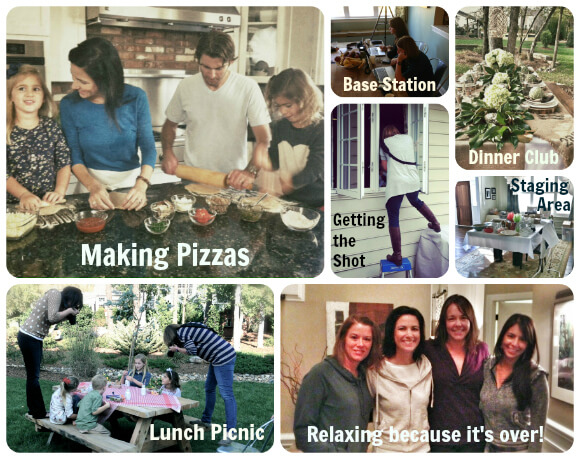 Still Lots Left to Do

There is still a LOT of work yet to be done including more recipe development, lots of recipe testing, writing, more pictures, the whole book design/layout, tons of editing, and of course the printing (and probably a lot of other details I have yet to discover). And believe it or not the book isn’t scheduled to hit the shelves until next winter because of how long all these things take! I’m working hard though to make this something I am proud of, and I can only hope all of you will find value in the end product! :) Thanks again for all of your support along the way.

192 thoughts on “Behind the Scenes: My Upcoming Cookbook!”

Home » How to Start » My Cookbooks » Behind the Scenes: My Upcoming Cookbook!