I’ve got a great little dessert recipe to share with you that is both cute and easy. Trust me, it’s almost impossible to mess this one up. 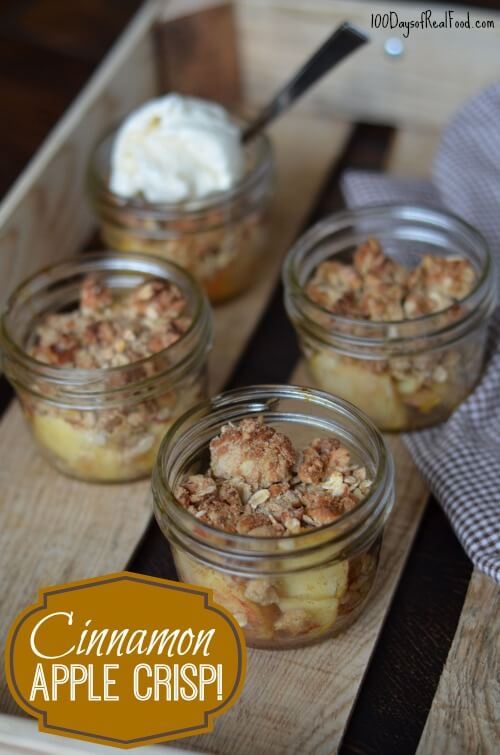 We served this Cinnamon Apple Crisp dessert to our Dinner Club guests last weekend. And since we used up every last minute of prep cooking time (before the guests arrived) working on the appetizers and main dishes, I found myself starting from scratch with this dessert at the end of the night. This was after a long day, and, to top it off, this was a dish I’d never even made before.

I usually only serve guests recipes that I know will turn out well, but lately I’ve been more lax in that department for some reason. You just never know when you are going to have a recipe fail! But thankfully I learned it’s hard to screw up apples, butter, sweetener, oats, and nuts all baked together in cute little jars of goodness. Clearly the only reason I wanted to serve this dessert in the first place was for an excuse to buy those jars!

The rest of our evening was (thankfully) a lot less spontaneous. Here’s what we served: 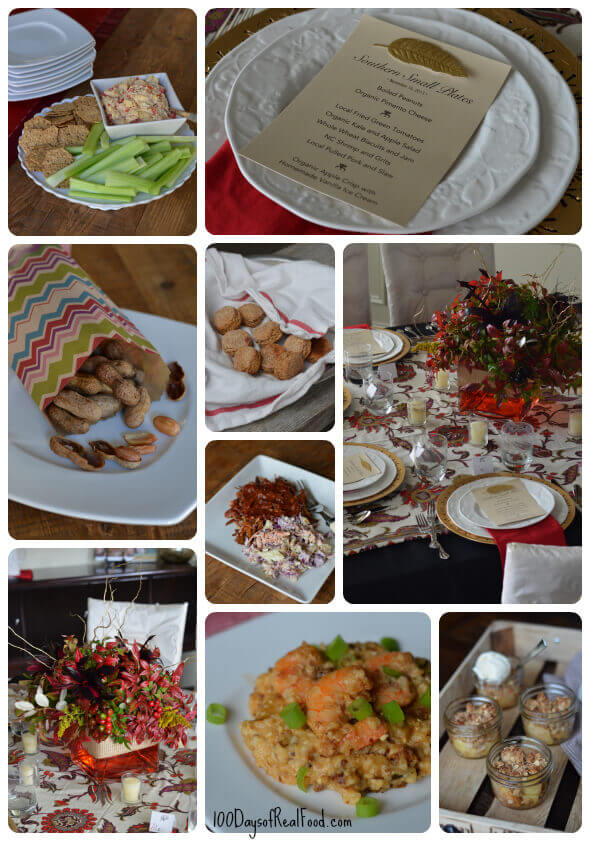 Are you part of a “Dinner Club” as well? How does yours work? I’d love to hear the details in the comments! 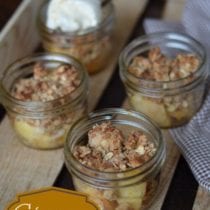 Special equipment needed: 8 half-pint jars. Alternatively this dish can be baked together in one round pie plate. *To make this recipe Peanut/Tree Nut Free, omit the walnuts/pine nuts from the crumble topping. We recommend organic ingredients when feasible.
Tried this recipe?Let us know how it was!
31.1K shares

118 thoughts on “Cinnamon Apple Crisp (and other Dinner Club recipes!)”