Skip to content
7.2K shares
7 Reviews / 4.4 Average
Funny enough, egg noodles are what inspired this Classic Beef Stroganoff recipe today. This homemade version is so much better for you than the ones that call for cans of cream of mushroom soup, you won't go back!
↓ Jump to Recipe

I have not had a single egg noodle since we cut out processed food (almost 6 years ago!) – until now. And that’s because I have not been able to find whole-wheat egg noodles at the stores where I shop and, believe me, I’ve looked.

There’s just something about those wide fluffy egg noodles that I’ve missed, so you can imagine my excitement when we were out of town and stopped in a Kroger (which we don’t have in Charlotte). I know my daughters probably thought their mom had gone a little cuckoo when I suddenly yelled, “Whole-wheat egg noodles!” and literally scooped up 6 bags in my arms. What can I say, it caught me off guard LOL.

So anyway, (oddly enough) I had no plan for these egg noodles, but my husband said he always remembered his mom serving Beef Stroganoff over them – and I was immediately sold.

There are of course a meeellion Beef Stroganoff recipes out there, but some call for highly-processed cans of cream of mushroom soup (how he thinks his mom used to make it) while others call for many different steps asking you to add and remove things from the pan. One recipe I saw even asks you to cook with the onion and them remove (discard) a perfectly good onion before serving!

So today I’m excited to present to you a very easy and sensible (and unprocessed) version of Beef Stroganoff …served over whole-wheat egg noodles of course! 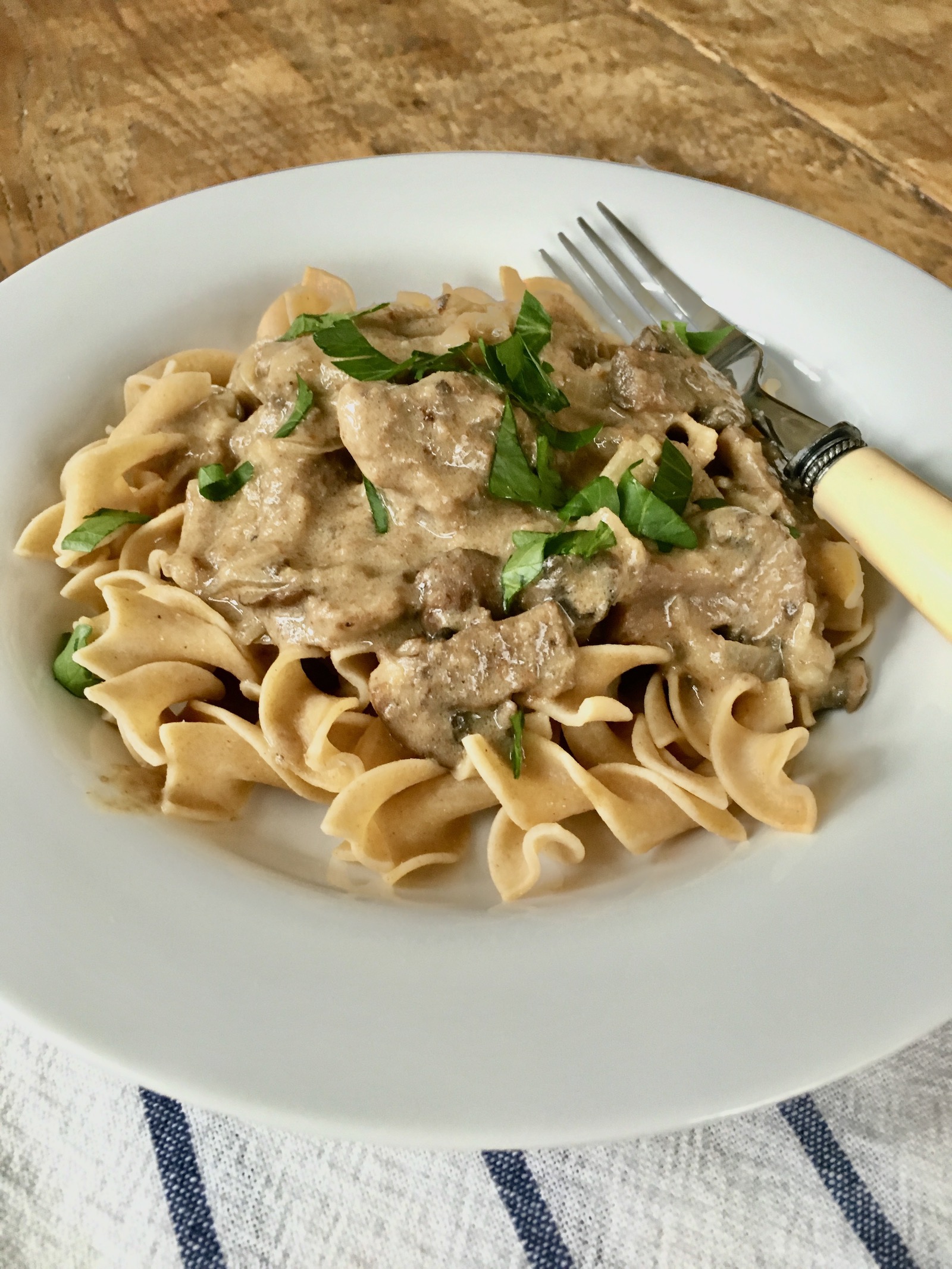 We recommend organic ingredients when feasible.
Want weekly REAL FOOD meal plans made for you?→ WATCH THE VIDEO
7.2K shares