Skip to content
892 shares
Gather the family for an Italian inspired Alfredo pasta with kale and tomatoes that will leave everyone satisfied.
↓ Jump to Recipe
Funny enough, I recently tore out a vegan Alfredo recipe from a magazine (for a friend!), and both my daughters independently walked by and said, “That looks good!” So I decided to make an adapted “non-vegan” version of it for us, and it turned out to be the big hit my daughters were expecting! The final recipe is below.

Also, I did still pass on the vegan version to our friend, which uses cauliflower and cashews instead of butter and cream to make the sauce. He, unfortunately, has some concerning (hereditary) blood pressure levels that cannot be easily controlled by medication. This drastic change in diet has not been an easy transition for his family. So, if you have any other tasty vegan recipes I can share with them, I’d love it if you could please leave a link in the comments. Thanks! 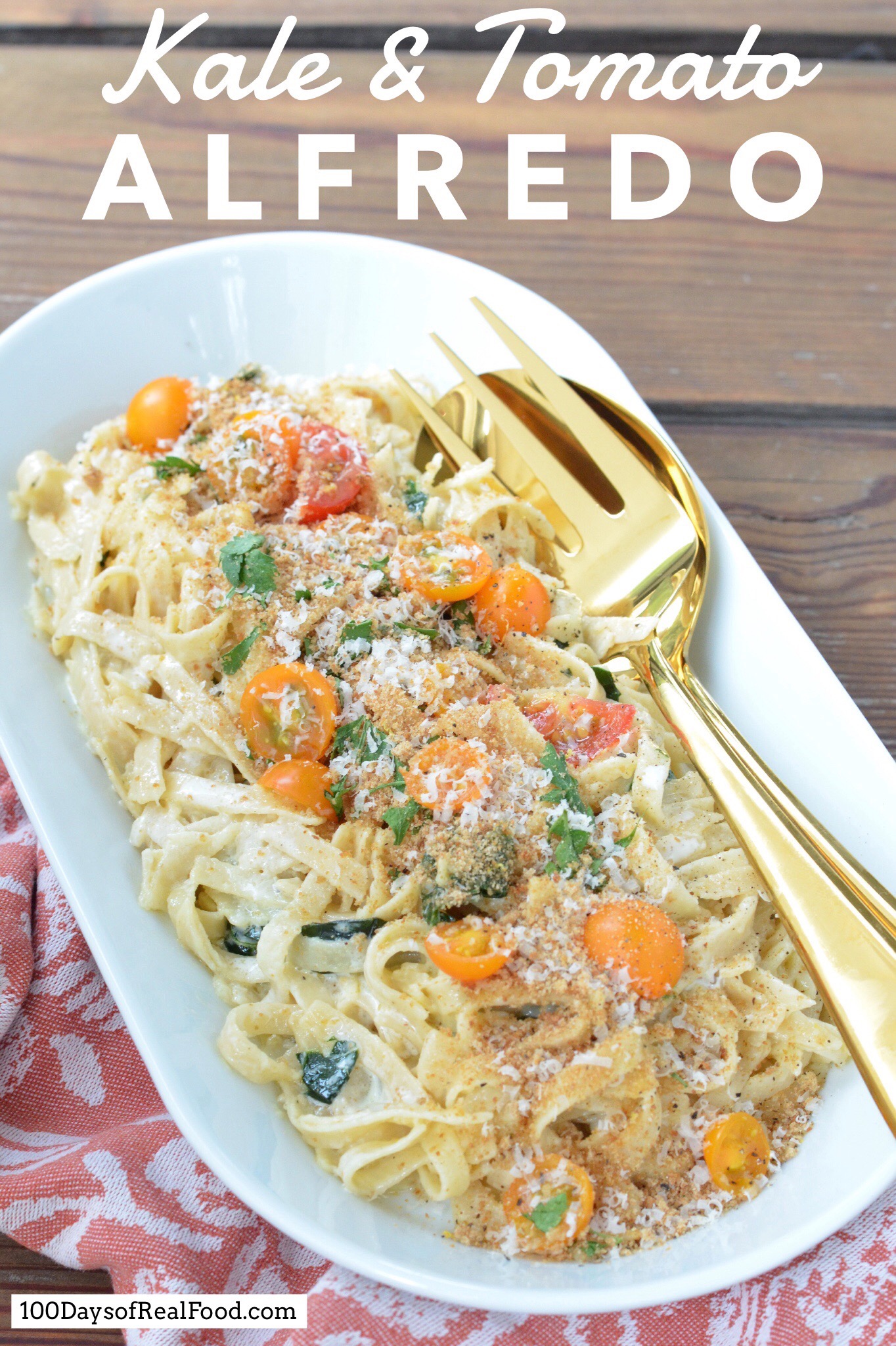 Not at all sponsored, but I’m absolutely loving this new (to me) egg pasta and had to share. The texture might be just as good as homemade pasta (okay well, almost), which says A LOT! I may never buy the regular store-brand box again after trying this one from Whole Foods recently. Also, I just noticed you could order it from Amazon. Let’s keep these people in business—it’s good stuff! 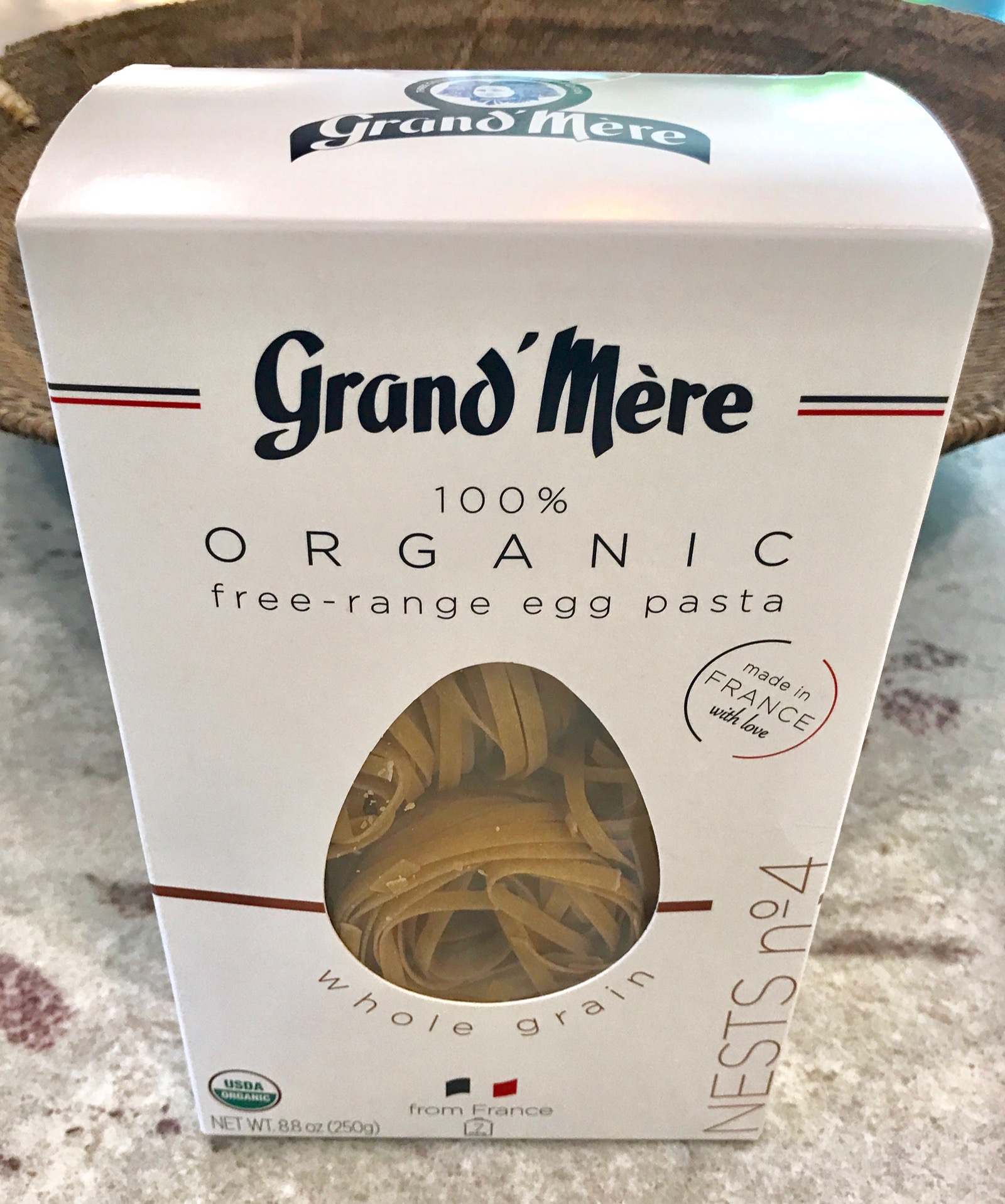 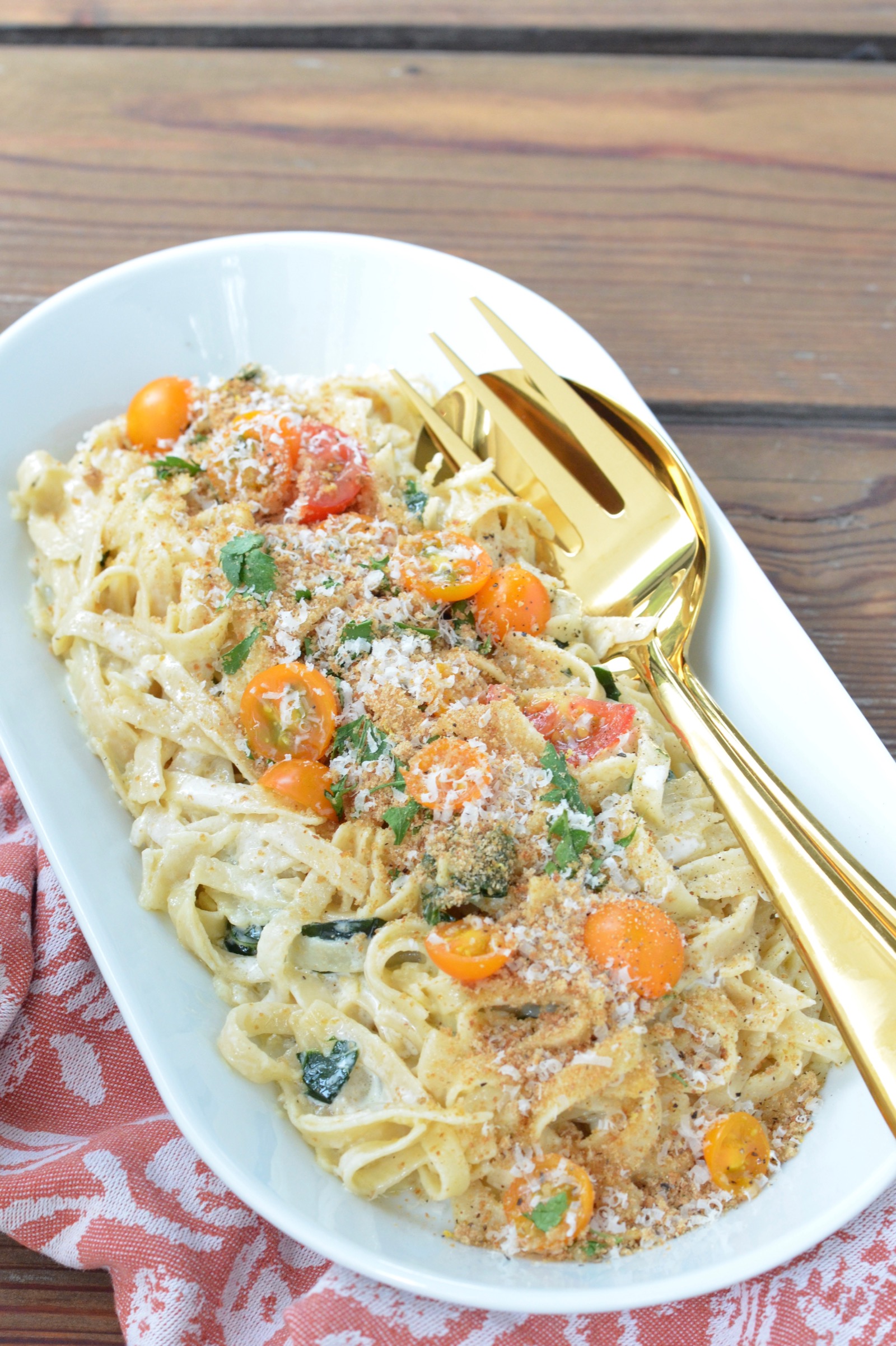 Want weekly REAL FOOD meal plans made for you?→ WATCH THE VIDEO
892 shares