This is a reader story by Larah Brook who found an effective treatment for her uncomfortable IBS symptoms through food. She lives in Australia and shares more of her story on her blog. If you’d like to submit your own real food story, you can do so here.

After turning 40, I expected a few things to change in my life. I was prepared for the gray hair to start appearing on my head and was even okay with a few new lines around my eyes, but what was the deal with my stomach?! I was not expecting that. I started to bloat after every single meal and soon after had to run to the bathroom with strong cramps and bowel movements.

I thought I was eating rather healthy, but I had a sweet tooth, so I turned to Lisa’s site for simple recipes for healthy and delicious non-processed food. 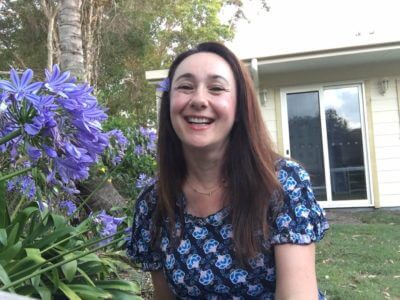 Being of Italian origin, (although I live in Australia) I used to eat a lot of pasta and bread; until my health practitioner suggested I reduce or even eliminate those from my diet for a while. As hard as it was, I committed to my ‘new’ diet regime and replaced those heavy carbohydrates with healthy vegetables. In fact, I started to consume quite a lot of vegetables. I’m talking about big plates of soups and casseroles filled with pure goodness … plenty of onion, garlic, broccoli, beans, cabbage, you name it. I became more puzzled when I realized that I started to feel sicker and sicker after eating these healthy foods.

It took another couple of years of going around in circles visiting doctors and other health professionals before a new doctor finally decided to send me for a lot of health tests.

My journey back to health

Many tests later, I learned I was suffering from Irritable Bowel Syndrome (IBS) and was immediately referred to a dietician. She suggested I try the Low FODMAP Diet, which is proven successful for most IBS sufferers.

Just in a few words, the diet consists of eliminating high FODMAP foods for a few weeks and eventually, when the IBS symptoms have greatly improved or disappeared, re-introducing that food into your diet up to your level of tolerance with the help of a specialized dietician.

As I had nothing to lose, I gave the diet a go even though most of the food I had to eliminate was food I ate every day! Do you remember those soups and casseroles I was telling you about earlier? Well, all those vegetables were causing my symptoms. Within a week of eliminating high FODMAP food, my bloating, cramps and runs to the toilet were gone, just like that.

Talking to family and friends about how good I felt again, I found out that a lot of them had the same symptoms as I did and just lived with them.

It was mind blowing.

I started to read about IBS and the diet and discovered that around 15% of the world population suffers from it. Surprisingly only around 5% are aware of it and out of that, only a small percentage knows about the diet as a remedy to improve those horrible symptoms. 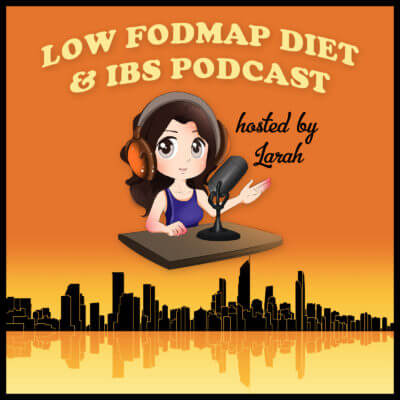 Immediately I felt the need to share my journey with others who are suffering. So I created a blog to inspire and give hope to people and more recently started a Low FODMAP Diet & IBS Podcast, where I interview a lot of experts on IBS and the diet, as well as sufferers.

For the past year, I’ve been trying to follow a very healthy (and mainly low FODMAP) diet. I’ve been staying away from processed food and was able to lose over 40 pounds, which I had put on in the last few years.

And thankfully, at almost 50 years old I now feel like 30 again!

10 thoughts on “Reader Story: When Healthy Food Can Make You Sick”