One question I’ve heard a lot is, “What if I can’t find a good locally raised meat source in my area? What’s the next best option?” The answer is: ORGANIC! I love how much more accessible organic chicken is becoming at even mainstream grocery stores nowadays. Whenever I’m in a pinch and need to grab some at the last minute for a recipe, I’ve been going for SVO Farmer Focus, pictured below. So we were so excited when they said “yes” to partnering with us on today’s sponsored post!

Farmer Focus is a company that produces organic chicken from beginning to end, supports thier farmers, and produces some darn tasty chicken. (And yes, as you can see in the picture, I often prefer chicken thighs over breasts!). :) 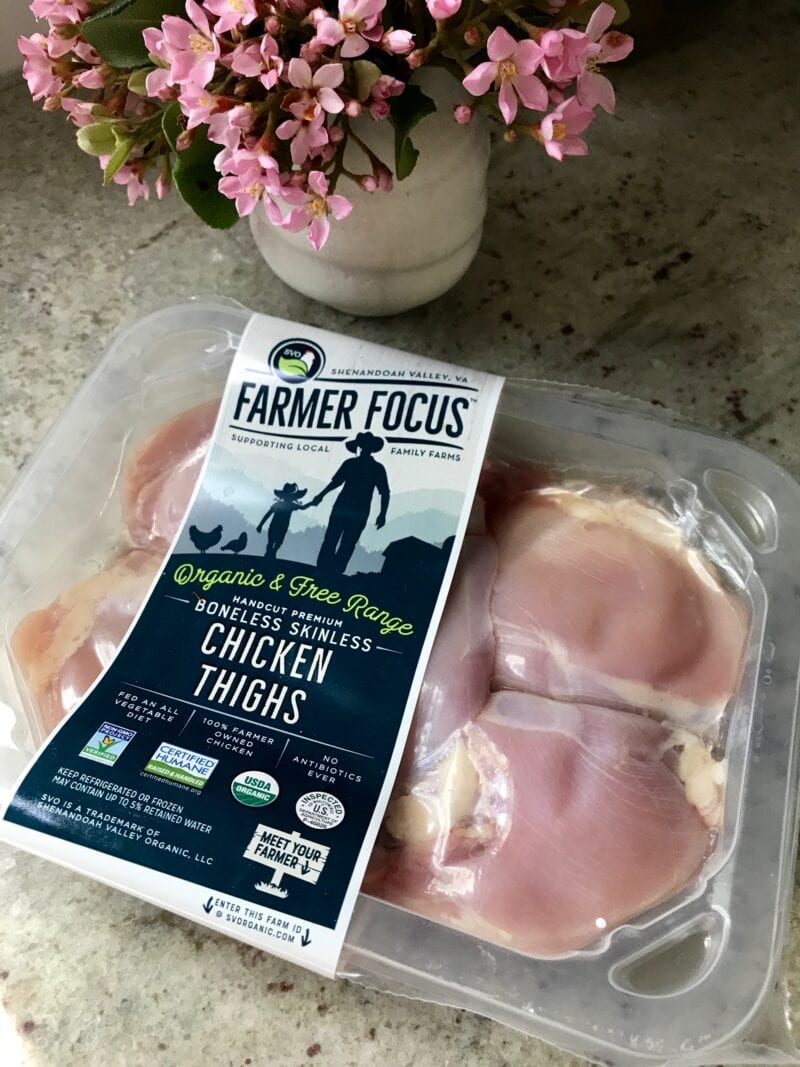 Why Organic vs. Conventional Chicken?

Just like I don’t want synthetic pesticides or chemical fertilizers in the produce I eat, I also don’t want them in the feed that the chickens, or any other animals, eat either! One of my favorite Michael Pollan quotes is, “You are what you eat eats too.” The health of the animal most definitely impacts the quality of the food they produce.

And not only that, but conventional farms can pollute the environment (including soil and water contamination) around us—another great reason to choose organic!

Farmer Focus is a 100% organic operation from beginning to end, and everything in-between—something that most other chicken companies don’t always do. The chart below shows not only what they are required to do for their USDA organic certification, but also what extra steps they choose to take for a fully organic cycle. Additionally, all Farmer Focus chicken is Certified Humane and Global Animal Partnership Step 3 (you may have noticed this rating system at Whole Foods), two rigorous animal welfare certifications which, when combined, make for some of the best raising practices in the industry. Love that!

Lastly, and perhaps most importantly, is how the farmers are treated through the Farmer Focus business model.  In a world where farming is becoming an increasingly smaller and smaller industry (run by just a handful of big companies), fair rights carry a lot of weight. I especially learned the importance of this after watching Food, Inc. As you see in the documentary, there is some disturbing stuff going on behind closed doors in Big Food Farming! 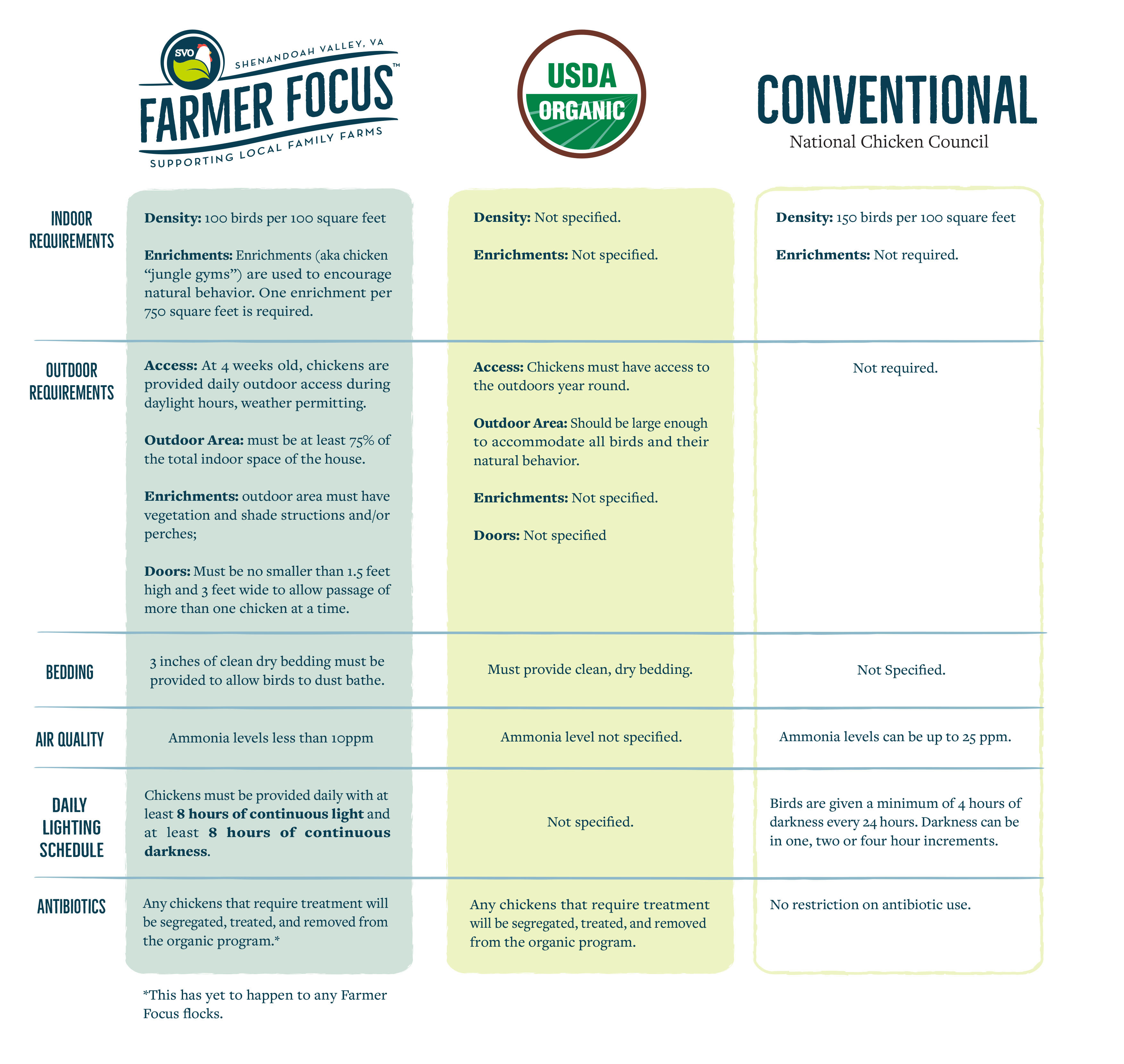 As I mentioned, Shenandoah Valley Organic (the company that produces Farmer Focus chicken) has its focus on the farmer, including better working conditions, which means in the end … a better product for us. Farmer Focus began when the founder, Corwin, felt there was a need for high-quality chickens raised with dignity and care, and sought out to create this with a small-scale organic farm. Now with ten times the size of his original flock, his belief and ethics clearly had a place in the market!

Other chicken farmers who were tired of their existing contracts, and the competition with other farmers, were welcomed with open arms and now have the ability to own their own chickens and retain control of their farms. And thus, the Farmer Focus business model (that we are fans of!) was born.

3 thoughts on “Is Organic Chicken a Good Choice?”