I’m so excited to tell you about my friend Carrie Vitt’s new cookbook today! Carrie’s blog, Deliciously Organic, began several years ago after she figured out she could overcome her debilitating migraines by switching to an organic diet. After experiencing the power of this change, she once again turned to real food when years later she started dealing with other unexplained health issues.

Shortly after a dental appointment gone wrong, she fell ill, lost all energy, and, worst of all, suddenly had painful hives all over her face and neck. For months she went from doctor to doctor until she eventually found one who agreed to help her figure out the root cause of her illness – instead of just treating her symptoms with prescription drugs. She was diagnosed with a thyroid autoimmune disease called Hashimoto’s. 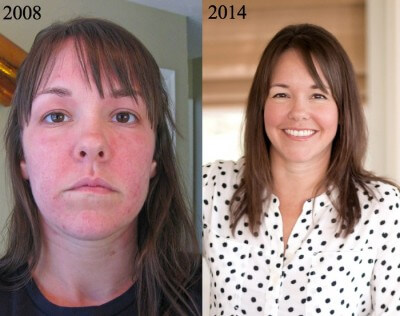 The doctor didn’t provide a very hopeful prognosis and thought she’d be on medication for the rest of her life. So Carrie decided to look elsewhere for solutions and met with a nutritionist who recommended a more holistic approach, which included a grain-free, nutrient-dense diet. She was obviously desperate at this point and willing to try almost anything! And it’s a good thing she did.

Years later she is now completely symptom-free, pain-free and feeling great. Carrie believes that, “Our bodies have an amazing ability to heal when given the right tools.” And Carrie is now sharing her entire story and all the tools and recipes anyone could need to go grain-free in her brand new book The Grain-Free Family Table. Eating grain-free not only helped Carrie overcome her disease, but I’ve seen so many stories where it’s helped others alleviate symptoms from a variety of autoimmune disorders. Not to mention that experimenting with a change in diet is obviously about as low-risk as you can get! 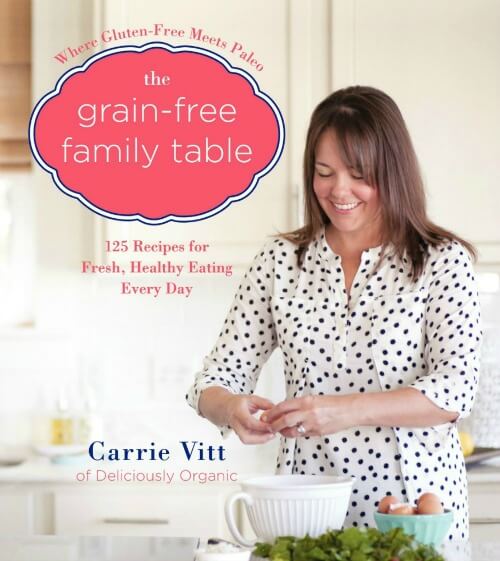 Plus, even if you aren’t grain-free – like me! – her book is full of so many tasty looking recipes. Truth be told, I had the hardest time narrowing things down when it came time to decide what to share in today’s post, and two of my friends have already tried to steal (okay, borrow!) her book from me. I think that’s partially because Carrie herself is quite a talented photographer (did you know she took the food pics for my new book as well?) so it’s chock-full of gorgeous color photos of both the recipes and her precious family.

I love that her book has slow cooker recipes, tasty-looking salads, and also kid-friendly recipes. One of my friend’s daughters has Celiac disease, and she said making “kid food” is by far her biggest challenge (yes, she’s one of the ones who already tried to steal Carrie’s book from me)! So today I get to share with you the first recipe I made from the book, which was the Slow Cooker Sunday Roast. It couldn’t have been easier to make, and the outcome was so delicious. Plus, I must admit I used the juices that were left in the slow cooker to make a gravy to go on top, and everyone gobbled it up.

Carrie says she loves to pair this roast with a side of Greens with Onion and Bacon and Creamed Cauliflower (both also in her book and pictured below) for a complete meal. I don’t know about you, but I’m thinking that gravy from the roast would be good on top of the cauliflower side as well! :) I hope you enjoy this recipe and also check out the other preview recipes available on Amazon. There you’ll see what I plan to make next – Southwestern Stuffed Bell Peppers. Yum!

Thank you Carrie for letting me share your story and recipe today! 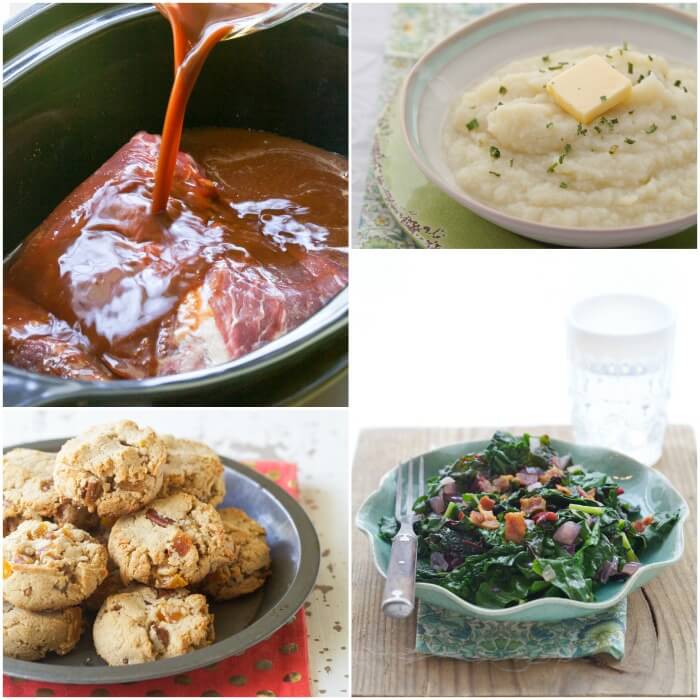 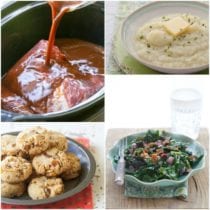 Carrie buys their pastured, organic beef in bulk once a year from a local farmer. She says it’s a great way to buy nutritious meat at an economical price, but she usually runs into the predicament of having some cuts of beef that she just doesn’t know what to do with. So this Sunday roast is the perfect recipe for any large cut of meat, and the fact that it cooks in the slow cooker makes it the perfect dinner for a lazy Sunday afternoon.
Want weekly REAL FOOD meal plans made for you?→ WATCH THE VIDEO
4.6K shares