As you may know our family had the opportunity to go on the trip of a lifetime this summer. For the first time ever we took our daughters beyond the borders of the US, and together we visited England, France, Switzerland, and Italy – and what an experience it was! This was one of those trips where “scope creep” ruled. We initially decided we wanted to visit my cousin and his family who have been living in Paris for a year, and the plans just grew from there. Because once you take the plunge to buy plane tickets to travel all that way – why not? One thing I learned from this trip is that our daughters, at 8- and 6-years old, are at the perfect age to go on an adventure like this. They were total troopers even when we pushed the limits more than intended (dinner at 9:30 anyone?). I was really impressed with how well they dealt with so many new (and foreign) environments, the six hour time change, and the days that sight-seeing honestly wore out all four of us. I was diligent about having them keep a daily journal (that they also taped mementos into – like train tickets and museum passes) so they will hopefully remember this experience for years to come! 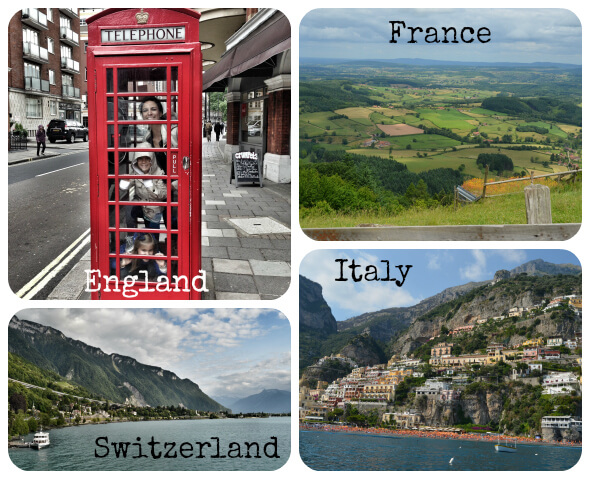 Now, let’s discuss the food! For the very first time since our switch to real food we were honestly in just a “go with the flow” mode while on this trip. At home I am very diligent about packing my own food for trips, asking questions before ordering at restaurants, planning ahead, and the like – but with us being gone for so long, knowing there would be a language barrier, and also visiting places that are known for an overall “fresher” cuisine we had little choice other than to just relax quite a bit. And we survived of course! Although, I will say now that we are home, I am looking forward to getting back on track in the real food department :) 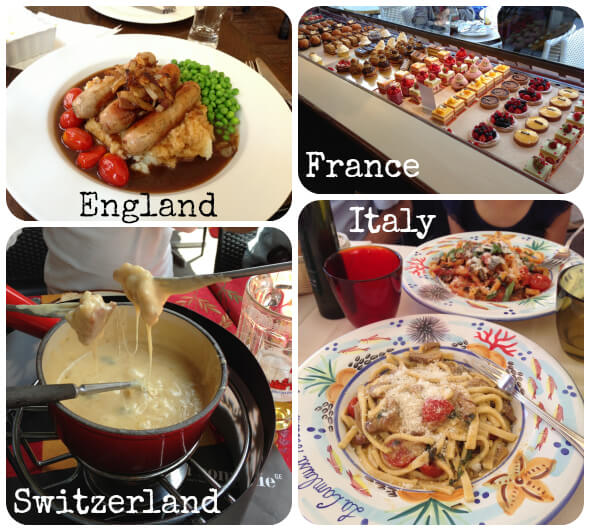 Some of the dishes these countries are most known for…

I was adamant about eating local cuisine whenever we could. While the sushi in Rome was tempting – I did not give in! I will say though that we did eat Indian food in London, because (we were told) London is actually known for their Indian cuisine. And I am so glad we did because it was some of the best I’ve ever had. Other than that though we pretty much stuck to “When in Rome…” well, you know the drill :). One of the reasons I was excited about this trip was to experience some different food cultures and also be inspired by the cuisine. Part of what I do for a living is develop recipes, and I can’t wait to work with the new ideas I came home with.

In the meantime though, and in no particular order, here are some food-related observations I took away from our trip…

For those of you that have also traveled to (and eaten your way through) Europe I’d love to hear your thoughts and impressions in the comments below! And with that I’ll leave you with some more pics of the good eats we were able to experience on our trip :)

On one last note, the French sure do know how to celebrate birthdays! My husband turned 37 while we were there and just check out the birthday dessert plate they brought out (much to my surprise!). Forget the candle – it’s a full blown firework! What a memory! 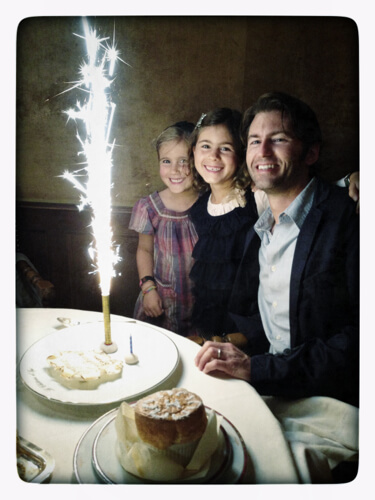 76 thoughts on “Special Report: Eating Our Way Through Europe!”