If you’re trying to get more greens into your diet (aren’t we all?) then I’ve got a recipe for you. I already LOVE baked potatoes, but mixing the filling together with a bunch of yummy good stuff and then putting it back in? Oh my, even better. My whole family gobbled up these Kale and Bacon Stuffed Potatoes, and I think they’re filling enough to serve as the main dish. They pair wonderfully with a soup and salad. Enjoy!

I’ve been cooking with  Applegate for some time now, but the reason our relationship is so perfect is because I loved and used their products before they ever became a sponsor. And the reason is simple – they offer ORGANIC versions of some of our occasional indulgences such as bacon, lunch meat, and hot dogs. Plus they’re a well-meaning company with their heart in the right place.

I know many of you have been asking questions regarding the recent purchase of Applegate by Hormel, but personally my main concern is about their products more than who the parent company is and what their politics may be. Hormel obviously wouldn’t make this move if Applegate wasn’t already doing something right. And so far (I’ve been told), they have no big changes planned, so we can all rest easy for now. :)  Phew! 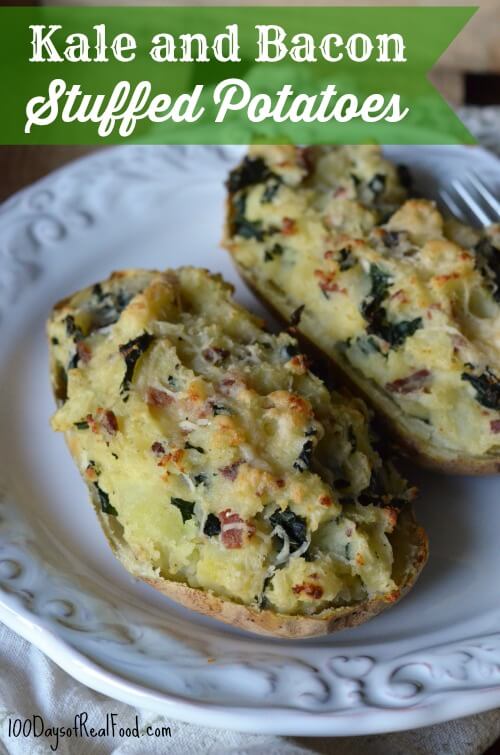 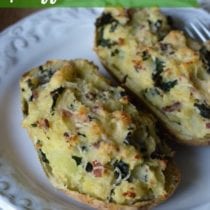 We recommend organic ingredients when feasible.
Tried this recipe?Let us know how it was!
5.4K shares