Can someone please explain at what point in history it was decided that children’s menus would only offer the following? 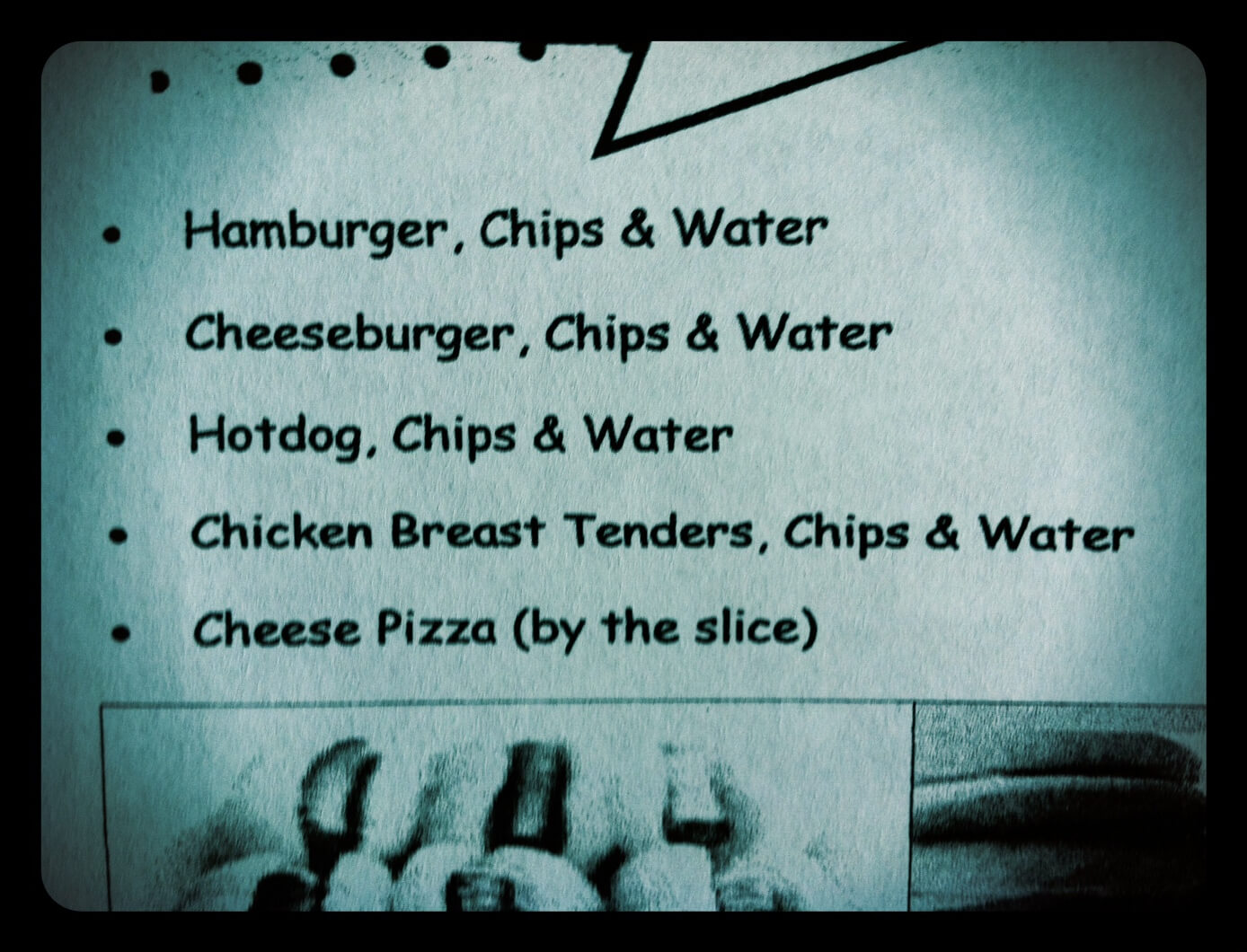 Sure my kids would gladly devour any of these choices, but I often wonder when it was decided that kids need a special, separate meal in the first place? Since when can’t they just eat what the adults are eating? Has it always been this way? Surely not.

It amazes me when we go to birthday parties and the food served to kids consists of pizza and cake. How is that possibly being passed off as a “complete meal” for our next generation? Where are the fruit and vegetables? When was it decided that kids would only eat a handful of simple (and somewhat bland) foods? I understand that pizza is usually a crowd pleaser, but how and when did things get to be so limited?

How did children end up with such a limited palate?

I too used to be guilty of thinking kids had a very limited palate. Not long after embarking upon our “100 Days of Real Food” pledge it dawned on me that I had never before offered my daughters a salad because…they are kids after all! That is honestly the only reason (other than the fact that we didn’t eat salad all the much in the old days), but I just assumed they wouldn’t be interested because “kids don’t like salads”…right? Well you should have seen how shocked I was when I finally offered my children a salad and saw my older daughter actually eating it. And liking it! It took much longer for my younger daughter to come around, but after lots of repeated exposure she eventually became open to the idea of salad (and more importantly began to expect it as a norm at our family dinners). That was definitely a lesson learned for me.

One thing I’ve noticed is that many kids these days will only eat foods if they look a certain way (i.e. familiar). If there is a variation from the norm then the whole meal could be a flop. Why is that? I’ll never forget this one instance (long before our real food days) when my parents were babysitting my 3-year-old niece. They knew she liked and would eat Kraft Macaroni & Cheese so that was the plan for her dinner. But what they didn’t know was since they bought Kraft “Shells” Macaroni & Cheese instead of the traditional variety that all hell would break loose. Has anyone had a similar experience?

It’s no secret that food is a big part of my life and one of the things I am interested in is other people’s food choices. I am curious what choices they make and why. One thing I’ve noticed is that when I am preparing food in the kitchen and I offer my children a bite of something, they almost always take me up on it. Usually it’s something I know they love like a piece of parmesan cheese, a bite of pesto, or a roasted cashew, but I admit I occasionally take advantage of the situation and slip a piece of olive in their mouths just to be sure they still don’t like it. They’ll make a face and spit it out, but thankfully it doesn’t stop them from coming back. :)

I’ve also noticed when I offer other kids a little bite of something as well they are almost always very much against the idea of taking the sample (usually before they even know what it is). Maybe it’s because I am not their mom and they’re scared what that “Organic Miss Lisa” might try to make them eat, but their response is dramatically different than what I am used to with my own children. I bring this up because I am curious about other’s experiences when you offer your own children new foods or bites of what you might be eating. Do they act like it is straight-up poison?

Can a picky eater really be converted?

Our younger daughter used to be extremely picky so I totally get it. It was much easier and much less time consuming (and also much less likely that food would be wasted) if I only offered her what I knew she would eat. I recently came across a document I’d typed up – for the same babysitting grandparents mentioned above – that was a complete list of all the foods my younger daughter would eat (she was 3 at the time). Let me tell you that it was a very short list with a mere 31 items on it including Spaghettio’s, Goldfish, Graham Crackers, only 1 dish containing meat (spaghetti sauce), 5 types of fruit, and only 1 vegetable (frozen peas).

Looking back I am amazed at how far this child has come. She was one of those that would spit out her baby food before she knew it was fun to annoy mommy by not liking anything. Her palate was dramatically different than our older daughter’s from day one. But after two years (since taking our pledge) of repeatedly offering her a variety of different foods she thankfully now has a broader palate than most adults. I will be the first to tell you it has not been easy, and many months passed before any of our efforts started to pay off. But since this is one of my only first-hand examples of watching a child’s eating habits change over time, I wonder if I can really attribute the change in her to something we’ve done or if she would have grown out of that picky phase on her own regardless?

So I’d love to open this up for discussion….what is everyone else’s experience/input on children’s eating habits these days? Why are so many kids so incredibly picky and is it possible to change their preferences? I wonder what it was like a hundred years ago (or even now in other countries)…have kids always been catered to with a limited variety of special, separate meals?? Do we only give kids pizza and hot dogs because that’s all they’ll eat or do they only eat pizza and hot dogs because that’s all we give them? How can we break this cycle?