Skip to content
359 shares
2 Reviews / 5 Average
Get creative with a spin on a favorite classic. I've added almonds and golden raisins to this brown rice pilaf recipe, and it does not disappoint.
↓ Jump to Recipe

I have to give my older daughter credit for this recipe! I asked her if she had any ideas for dinner for the upcoming week, and she randomly said, “rice with golden raisins and almonds,” even though it’s not anything we’ve had in recent memory or that I’ve ever made before. However, I agreed it was a good idea, and it’d been a while since I’d made a true rice pilaf (I usually make my cheat version from my Fast & Fabulous cookbook using orzo pasta that my kids always love). So, I figured I’d document the process and share it on the blog today.

A couple of notes…

I purposely made this brown rice pilaf recipe to have more than four servings so that we could have leftovers since we love leftovers at our house. This one is straightforward to reheat. I especially love to bring it back to life in a small pot on the stove along with a few splashes of liquid! Anything more exciting than plain brown rice is worth saving for the next day, in my opinion.

I actually had to order the golden raisins from Amazon. For some reason, our usual grocery stores (Whole Foods and Earth Fare) don’t stock them—although I have seen them at Target before. I’ve never seen a brand that offers organic golden raisins anywhere (and I spent some time searching for them), so we just had to go with conventional for this recipe. My daughter loves regular raisins and thought the golden ones would be an excellent way to switch things up and would go well with rice. So I have to say, she was right! I’m always thankful for the creative input. :) 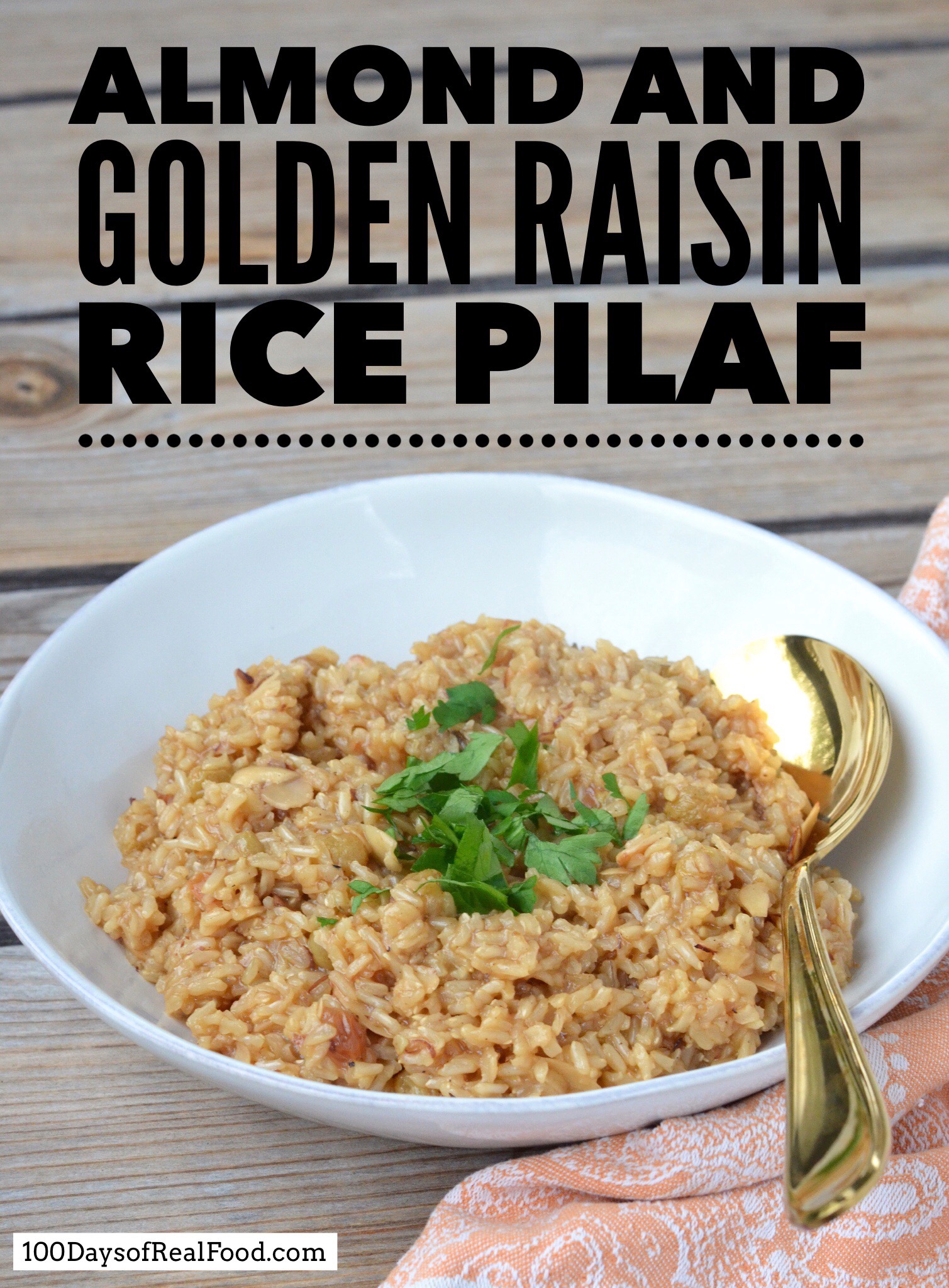 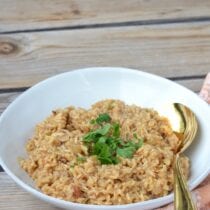 We recommend organic ingredients when feasible. Can be vegetarian when using vegetable broth instead of chicken broth.
You can use store-bought chicken stock for this recipe, but in our house we always have some homemade stock in the freezer. If you’ve never tried it, you are missing out!
Tried this recipe?Let us know how it was!
359 shares

6 thoughts on “Brown Rice Pilaf with Golden Raisin and Almonds”