Skip to content
1.3K shares
2 Reviews / 5 Average
This Chicken and Veggie Teriyaki Skillet will have you passing up the store-bought teriyaki sauce for good! It's the perfect weeknight one-pot dinner for the whole family. It's loaded with bright colored bell peppers and chicken, covered in a tasty sauce that all cooks up in about 30 minutes and pairs well served over brown rice.
↓ Jump to Recipe

This Chicken & Veggie Teriyaki Skillet recipe includes a homemade teriyaki sauce that is MUCH better for you than the storebought version. Just look at all the unwanted additives in this bottle (the brand I used to buy!) that you would not cook with at home:

The recipe was great! Chicken was very tender. I’m going to make extra sauce to have on hand to use for dipping tenders.

I also had the chance to do a quick demo of this recipe on the Charlotte Today Show. Here’s the clip if you’d like to see it, along with my favorite brown rice tip:

Ingredients for the Teriyaki Sauce

Ingredients for the Chicken and Veggies

How to make the sauce

How to make Chicken and Veggie Teriyaki Skillet 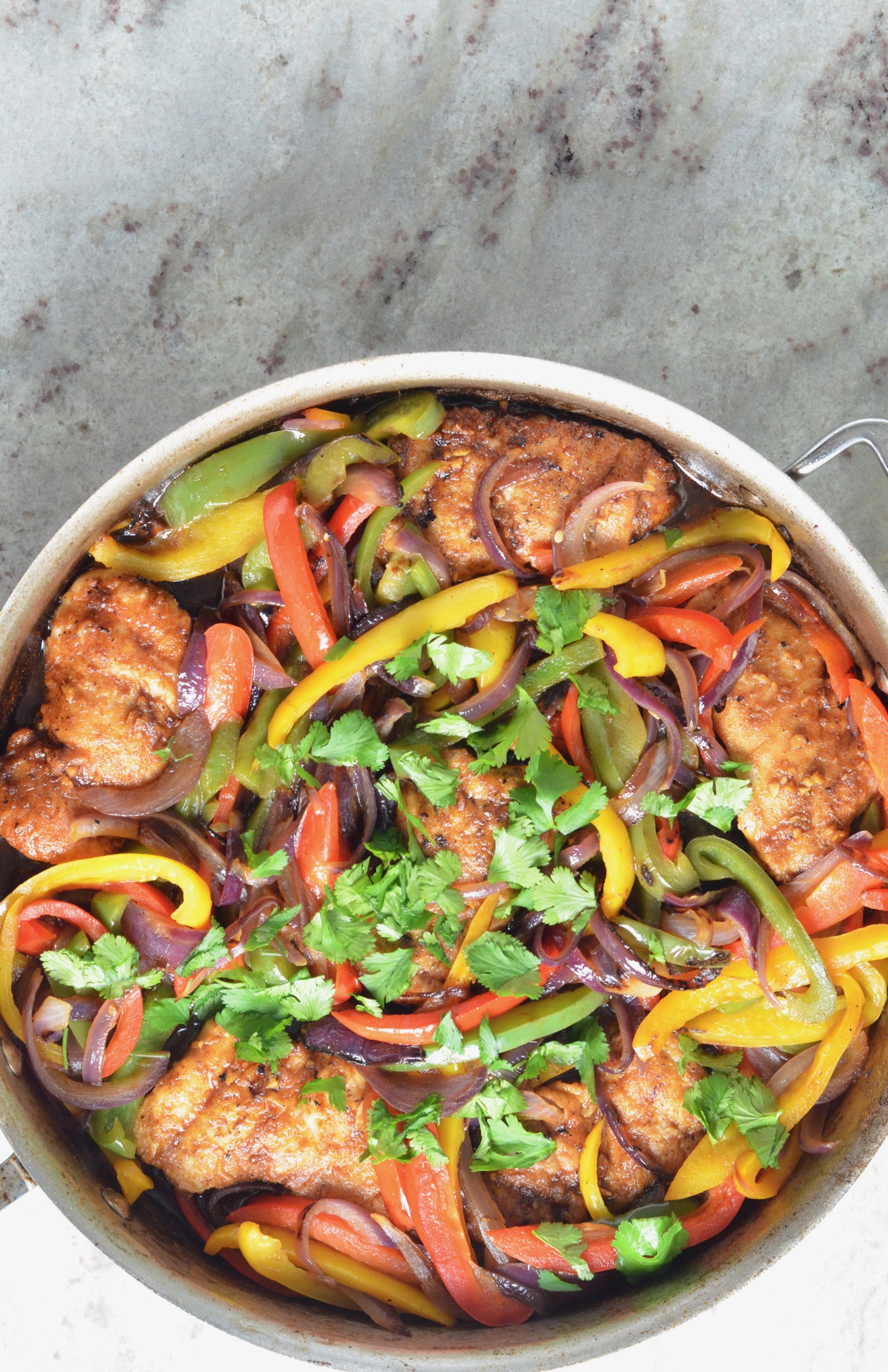 For the teriyaki sauce

For the chicken and veggies

For the Chicken and Veggies

We recommend organic ingredients when feasible.
Want weekly REAL FOOD meal plans made for you?→ WATCH THE VIDEO
1.3K shares