Skip to content
3.1K shares
4 Reviews / 4.8 Average
Make mornings easy and delicious with these Cinnamon Raisin Yogurt Biscuits. I've replaced the buttermilk with yogurt, and they came out amazing!
↓ Jump to Recipe

These Cinnamon Raisin Yogurt Biscuits are one of my new favorite biscuit recipes, and it all came together by accident. I was making a different biscuit recipe (always such a quick and easy addition to any dinner) that called for buttermilk. Side note: I know a lot of times buttermilk is the same thickness as whole milk, but when you buy REAL buttermilk, it’s actually about as thick as yogurt.

Anyway, I did not have any buttermilk on hand (I only buy it for biscuits and sometimes homemade ranch dressing—what do you use it for?) and while my first thought was to sub in regular milk (like so many other biscuit recipes), I decided to try yogurt instead because of the thicker consistency. The outcome was such a hit that I’ve decided that my new obsession was going to be trying different yogurt biscuits! Haha, it’s the little things in life, right? 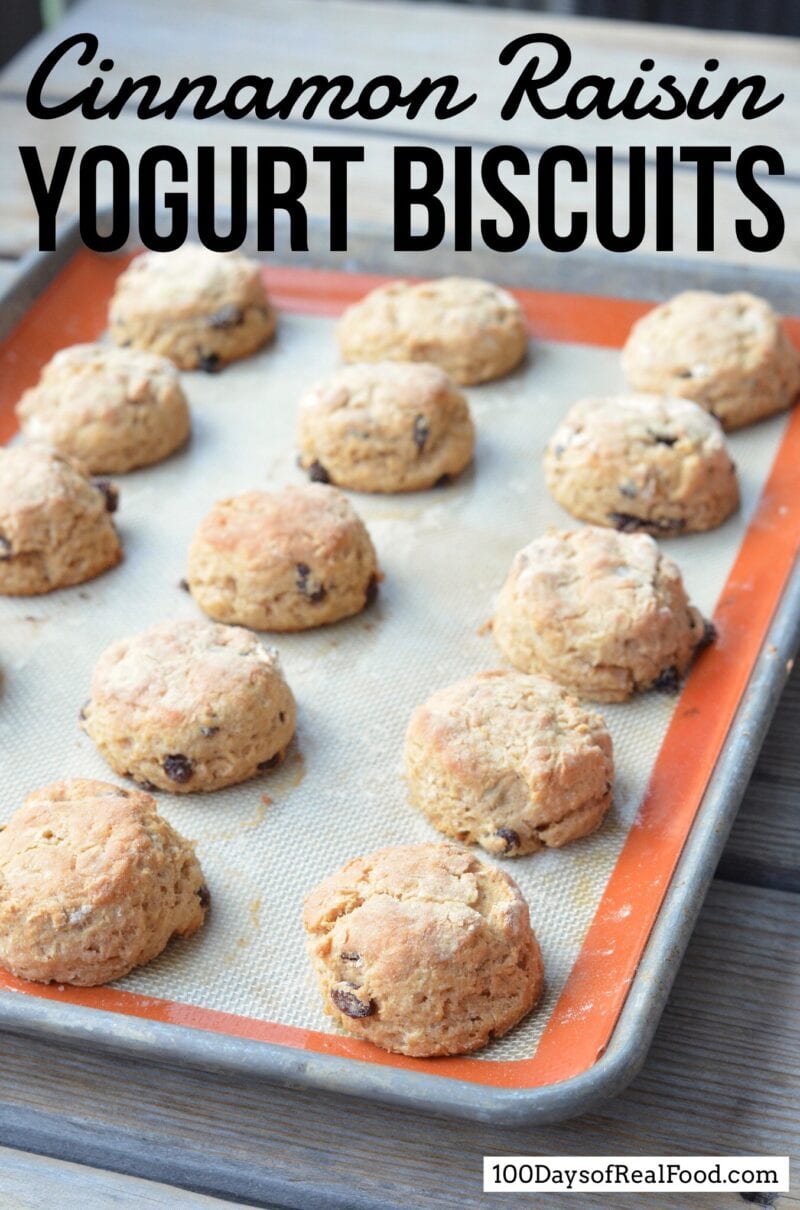 The timing of this experiment could not be any more perfect. My daughters (both middle schoolers) have been turning down breakfast more and more on school mornings. They just aren’t in the mood, and I know, I know…it’s the most important meal of the day! However, I’ve learned that they WILL actually eat breakfast if I have something magically prepared that is so delicious, they just can’t resist.

So, that’s led to me racing into the kitchen and throwing together homemade avocado toast as fast as I can in the mornings—alternatively, all sorts of egg dishes, oatmeal, power balls, you-name-it. We do have the frozen breakfast burritos that I make about once a month, but some mornings are so rushed that there’s often not even time for them to heat and eat them. Not to mention, it’s a lot of food for someone who claims they’re not even hungry (they have been taking, and loving, the burritos in their lunches).

And here’s the thing, I don’t particularly like to race into the kitchen like there’s a fire drill first thing in the morning so I can have something ready (before the pressure of the bus’s morning arrival—hello childhood nightmares!) in hopes it’ll be appealing enough for them to decide to eat it. Which is why I’m so excited to have a new, super easy option—we might as well call it “breakfast in a biscuit”—that I can make in advance and basically throw at them as they walk out the door.

That reminds me of a waffle that actually WAS thrown across the mud room one morning when I tried to hand it off upon their exit (how dare I think it could be eaten without syrup!). LOL, gotta love those moody middle schoolers! So now you further understand the struggle here and why this new combo that they both love (and would never pass up!) is a welcome one. 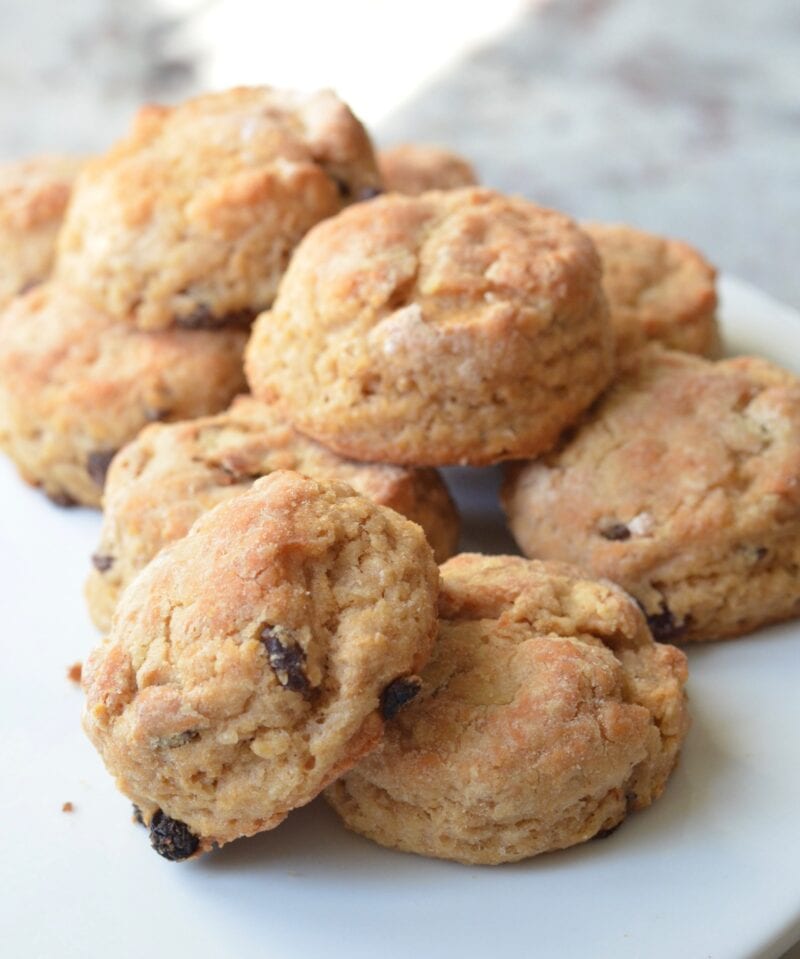 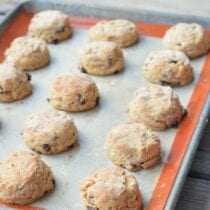 We recommend organic ingredients when feasible.
Want weekly REAL FOOD meal plans made for you?→ WATCH THE VIDEO 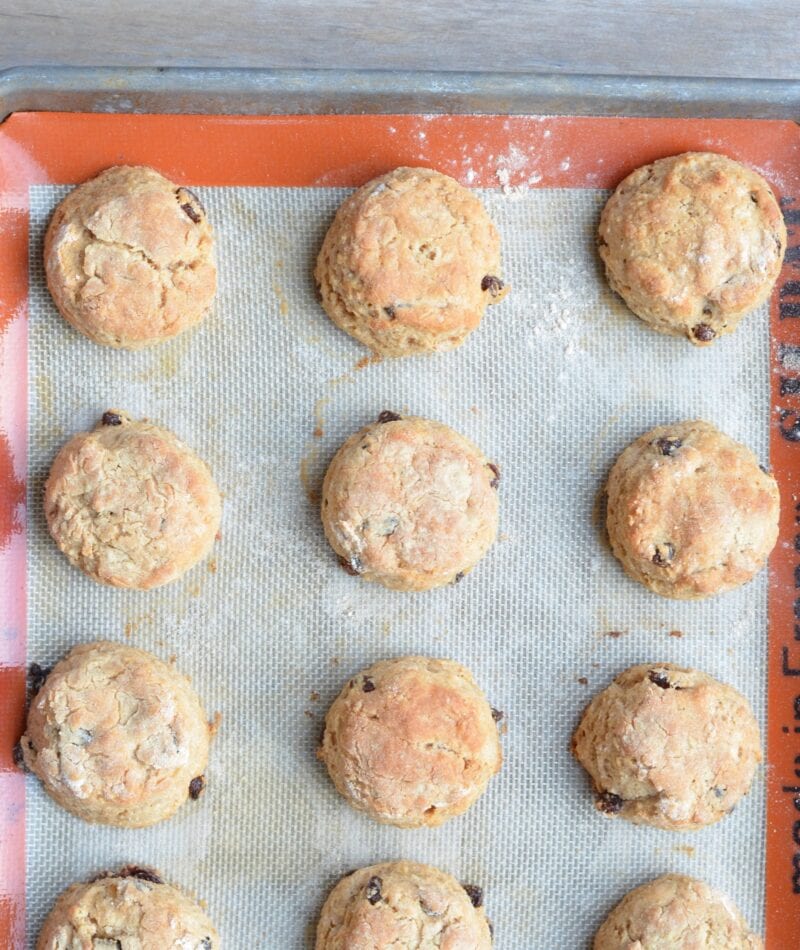