I am thrilled to have been given the opportunity to share my back story and picky eater tips on The Doctors TV show today! A big welcome to anyone joining us for the first time after seeing the segment, which can be watched here:

Mobile users may need to click this link to view.

For more on the Lunchables we briefly discuss at the end of the clip, be sure to check out my DIY Lunchables post. We did discuss the price comparison on the show, but they apparently cut that part out of the final segment so I’ll share it here…

So the price difference to send your kid with a healthy lunch that you can feel good about – between $0.25 and $0.79 more! I think we can all agree that is totally worth spending as little as an extra quarter (and some time preparing it, of course)! 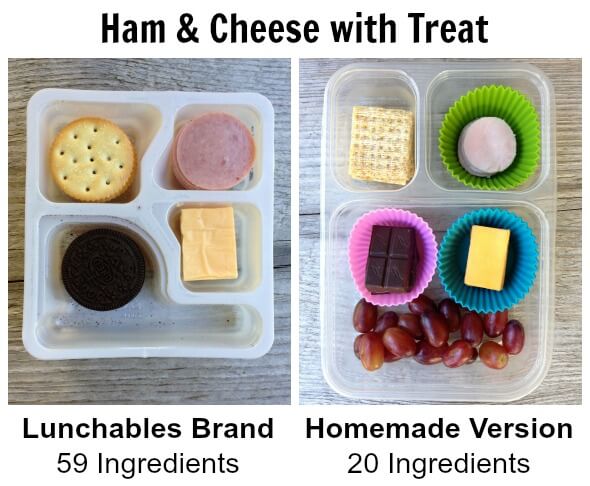 –
Also for more of my picky eater tips from the show check out this top 10 list on their website.
–

So how did I end up on The Doctors TV show? Well, in case you are wondering, back in April is when I first got the exciting call (or maybe it was an email) where I learned they were interested in our story. I don’t currently employ a publicist or anything like that so when these things happen it is just due to a wonderful stroke of luck. And apparently their producer saw some of my stuff on Pinterest and liked it – yay Pinterest!

So in April of this year they flew a producer to our house to shoot our backstory (that they show near the beginning of the clip). I was supposed to fly to their studio in LA shortly thereafter to tape the rest of the segment. But then, all of a sudden, there was a schedule change and the night before I was supposed to leave, my segment was postponed to the new fall season. That was a big bummer, and I was also worried I might never hear from them again!

Fast-forward to the end of September…of course I couldn’t just be sitting around at home when this next part happened. We were at Disney World with the kids of all places (camping at their campground mind you) when the show called again to say they were ready for me. And the day they wanted me to leave for LA was the morning after driving home from Disney! I knew it would be a super tight turn around, but I of course had to figure out how to make it work. Talk about crazy exciting AND very stressful all at the same time! So while standing in lines at the Magic Kingdom I was juggling phone calls and emails to try to nail down my travel arrangements (once again) while trying to not think about all the packing/preparing I couldn’t be doing because I wasn’t even at home. I was also trying to coordinate travel arrangements for my wonderful BFF to meet me in LA – I certainly couldn’t do this alone! :)

As a result it ended up being a SUPER crazy week with those two trips back-to-back and I totally crashed when I finally got home at the end, but I am so appreciative to have had the opportunity. In the past I’ve been super duper nervous when doing anything on TV, but this time (with the help of my friend!) I really focused on taking deep breaths and trying to stay calm so I could actually somewhat enjoy the experience. And in the end it was kind of fun – it’s amazing how if you really put your mind to it you can make the best of a nerve-wracking situation. So anyway, just thought I would share those details for any inquiring minds that want to know about this kind of stuff! Thanks so much for your support and for watching! 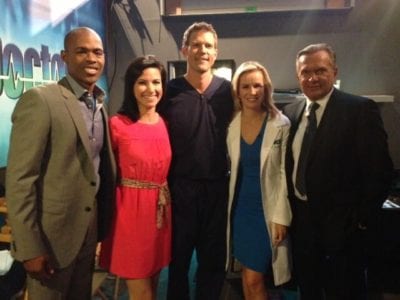 60 thoughts on “Doctors TV Appearance: 5 Tips For Your Picky Eater!”