My daughter will turn eleven this month, and she finally made herself the unicorn cake of her dreams (that she’s been talking about for months)! I could not believe the response we got when I posted her creation on Instagram—my most popular IG post of all time, by far!—so I decided to share all the details here on the blog for those not on social media, and also so I could link to all the supplies and recipes she used to make it. 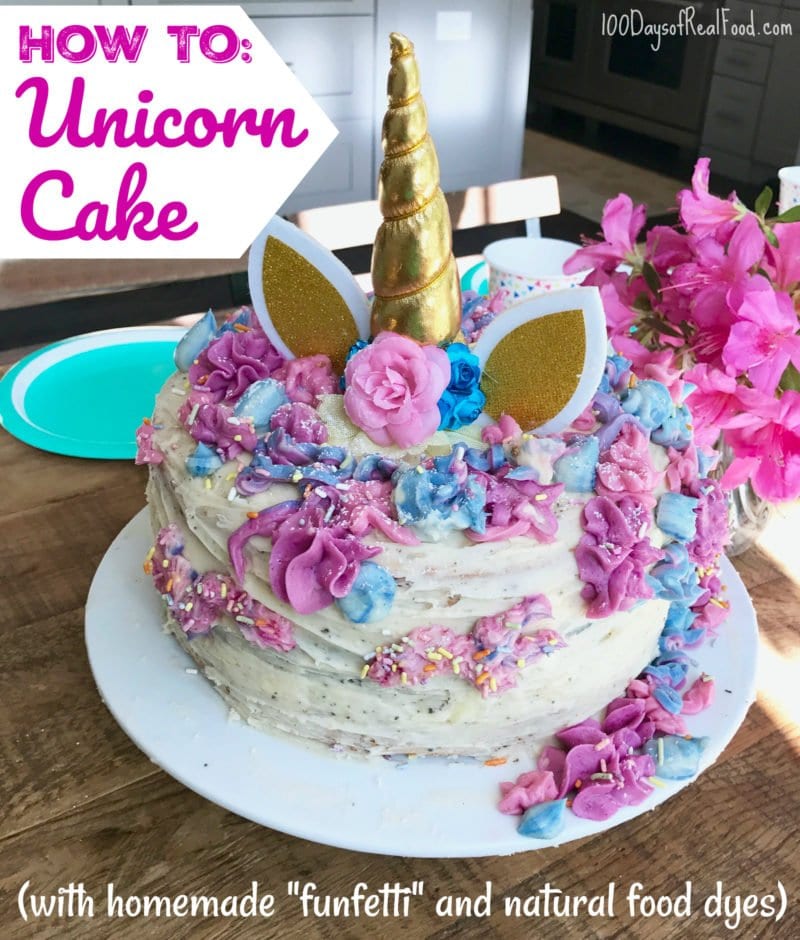 Trying to make it “REAL”

When my daughter first came to me about this cake she was requesting some supplies that A) sounded difficult to acquire/make and B) did not sound like “real” food! The last thing I wanted to do was track down marshmallow fondant, gold dust, or something equally unusual that I would not even want anyone to eat! So I told her if we were going to do this we were going to make a food-coloring/dye-free unicorn cake that was as close to real as possible.

She wanted it to be a multi-layer round cake to include homemade “funfetti” (i.e. yellow or vanilla cake with sprinkles mixed in). So we modified one of my cake recipes to make that happen, and let me tell you what … the outcome was just as tasty as it looks! The finished product is of course not 100% REAL, because of the refined sugar and white flour, but it was completely made from scratch using only natural food dyes (and even some whole-wheat flour). And I am okay with bending the rules a little when we’re celebrating one of our birthdays! 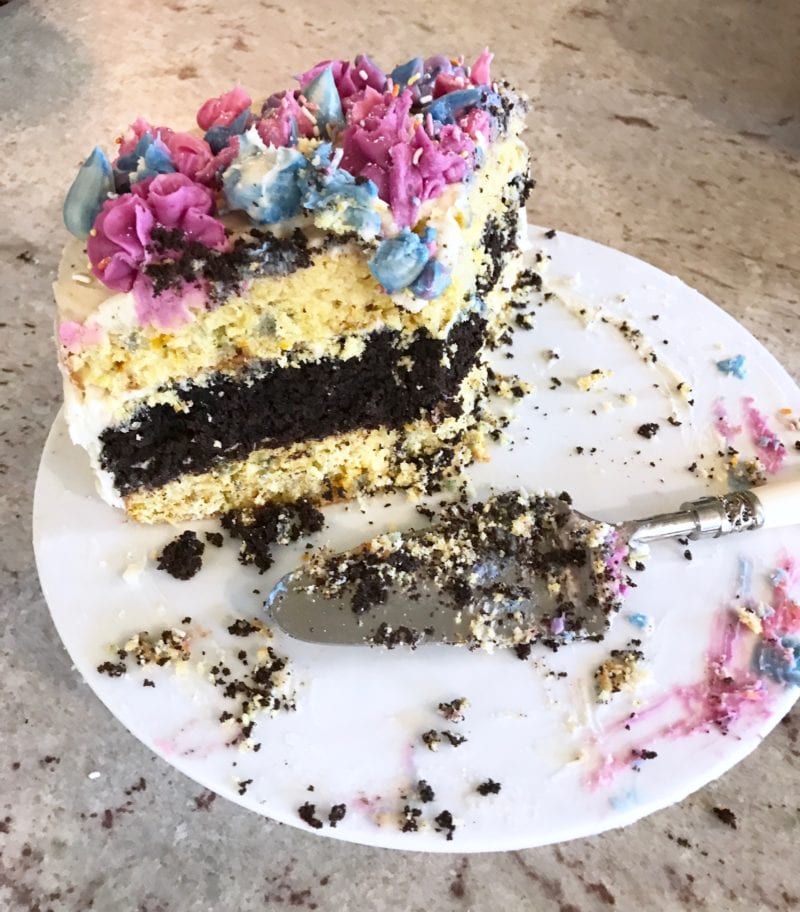 Supplies and Recipes for a Natural Unicorn Cake

Here’s how she did it…

And here is my sweet girl hard at work cake decorating. I am so proud of her for making this, even though I don’t think she’s ever even baked a cake by herself before! She helps me a lot in the kitchen and makes dinner on occasion, but I’d say she did pretty darn good for her first solo birthday cake experience. The best part was seeing how happy it made her to have the cake of her dreams. :) 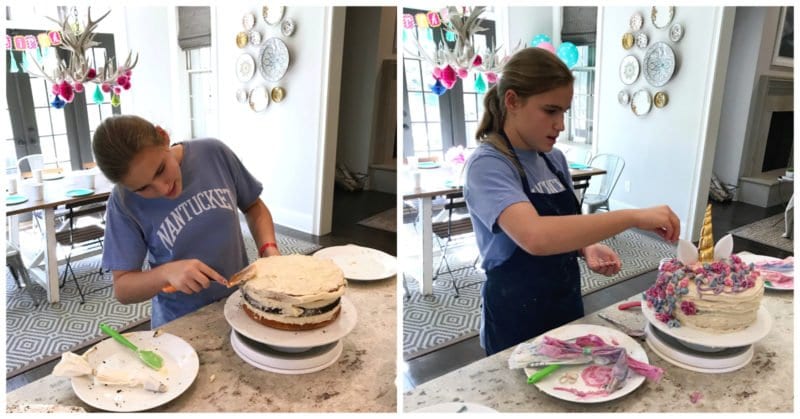 Has anyone else attempted a unicorn cake at their house? It clearly is all the rage right now (if you have daughters)!

22 thoughts on “How To: Unicorn Cake (with homemade “funfetti” and natural dyes)”