Skip to content
318 shares
I developed an easy fondue recipe that my kids love! It's so much fun to gather around and share, especially with healthy dippers like roasted veggies.
↓ Jump to Recipe

Fondue is such a fun, interactive appetizer to share with friends! Perfect for a cold day or a football game gathering, or just because. It had been awhile since I’d made fondue, and when I brought it up to my daughter she said, “I like the idea of fondue, but not the cheeses that are used in it.” Traditional fondue is made with Swiss-style cheeses such as Gruyere and Emmentaler, which have strong flavors.

So I took her feedback to heart and still used those traditional cheeses, but cut them in half and combined them with cheddar (which we all love!). I also offered roasted veggies and fresh fruit along with the typical bread dippers, to make it a little healthier, and the outcome was a big hit. I served this spread on New Year’s Eve and then again for out of town guests the following weekend. It was fun to gather around and share, and, since it was so easy, something we’ll definitely be making again soon! 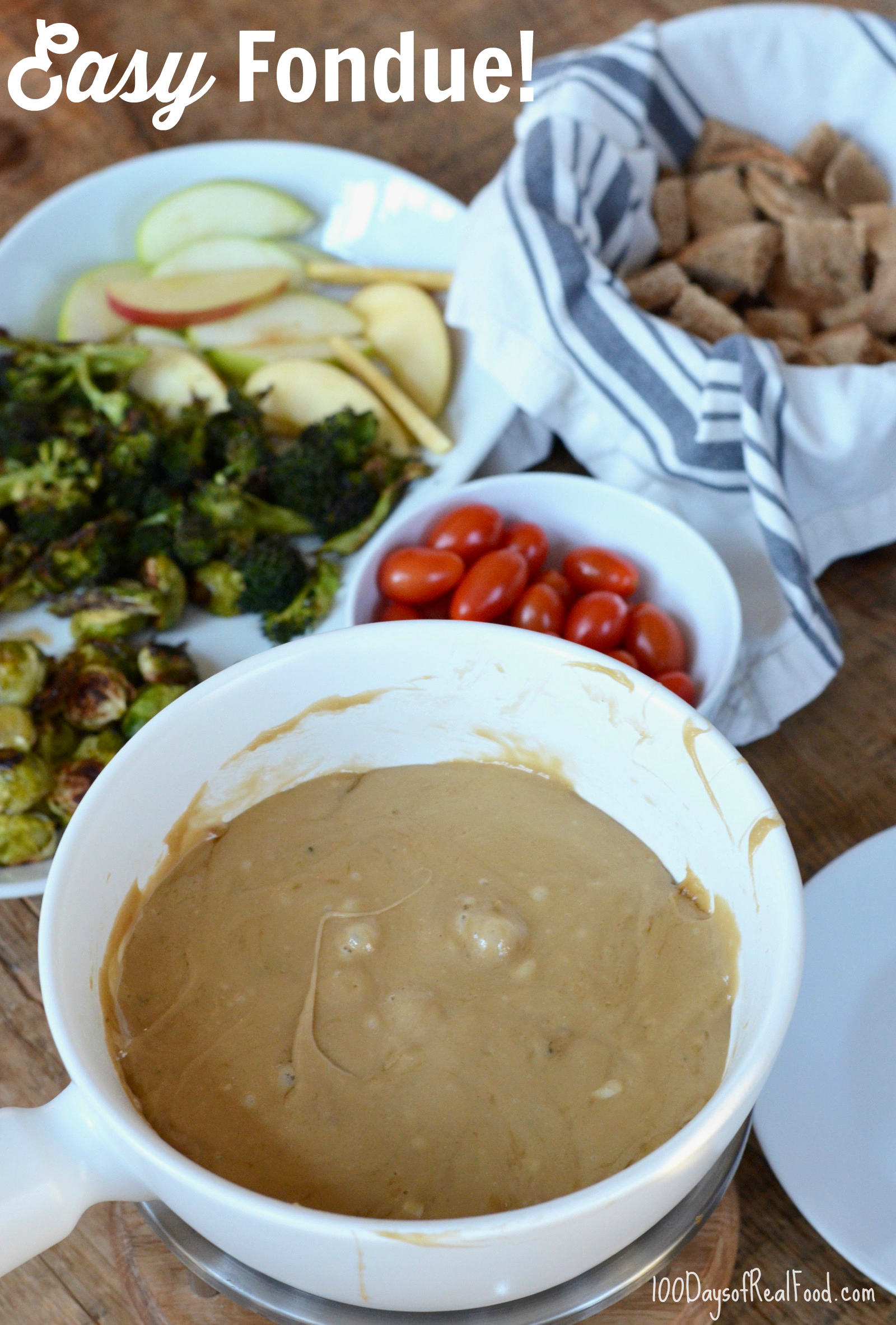 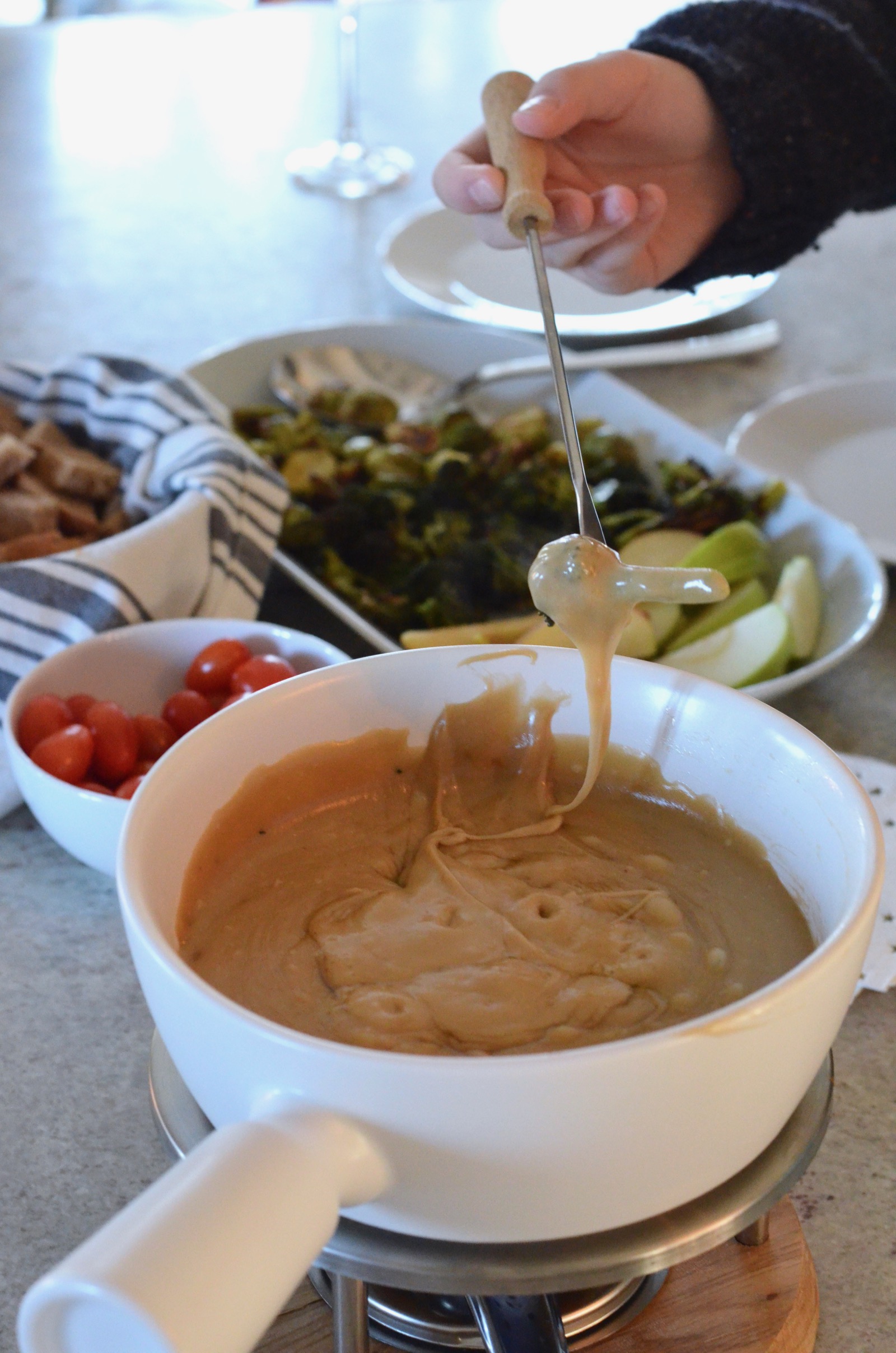 We recommend organic ingredients when feasible. Gluten-free if served without whole-grain bread.
Want weekly REAL FOOD meal plans made for you?→ WATCH THE VIDEO