By blog team member, Kiran.To learn more about Kiran, check out our team page or her blog!

Eating real food is important to me and just as important for my family. I know firsthand that this is not always easy, and it doesn’t happen overnight. But as parents, I feel that it’s our job to give our kids the knowledge of what healthy actually means—both in and outside the house.

Last fall, my 7 year old joined the local soccer league – a very organized one at that. We’re still in the stage of figuring out where our kids’ talents lie, and for this season, it was soccer. One practice a week and one game on weekends…that I could handle. But the snack situation I could not.

The first game rolled around, and each girl was instructed to bring a water bottle. Super, I thought. They absolutely need hydration. The coach had brought a big bag of oranges, cut and ready to be consumed, which the kids ate during the 45 minute game. Awesome! I loved that they had a sweet, nourishing whole food snack and water to nosh on while taking a breather.

But then when they finished the game and were given a bag of Cheez-It’s and a Capri Sun, I was baffled. Um, really? But what was I going to do, be the mean mom who wouldn’t let my daughter take the snack? (I was not the mean mom this time.)

Shortly thereafter I received a sign-up sheet. Apparently this was going to be the norm. Each parent was to sign up to bring cut oranges for one of the games, and on that same day they were responsible for supplying the snack.

My first issue is this. When it comes to recreational sports for kids, they don’t really need a snack afterwards. If they are fed a good, solid breakfast prior to the game and then they hydrate and eat oranges during, do they really need something else right afterwards?

I’ll admit that I don’t have a degree in sports nutrition, so I reached out to an expert on the subject. Nancy Clark is a registered dietitian and best-selling author who is known for her book, Nancy Clark’s Sports Nutrition Guidebook. She concurred saying,

“The determining factor is how hard the kids have played. If they have gone all out and done exhaustive exercise or if they will be playing again in 6-8 hours, they need to rapidly refuel. However if they just played a friendly game of soccer and are hungry afterwards, they can go have lunch. Kids bodies are very good at regulating; they know when they are hungry and know to eat when they are. If you put Cheetos in front of them, they will eat them just because…but they’d probably be fine heading home to have lunch.”

I also have an issue with kids getting unnecessary snacks because, once again, I feel that we are programming our kids to think that you always get something when you do something. In this case, the kids were more excited about the snacks than the actual game. Whatever happened to just being proud of playing and feeling good about what you just did? When did we lose this simplicity?

During our soccer season, these are some of the snacks my daughter received:

I have to admit that I had angst for a few weeks before it was my turn. As the soccer team was poisoning (Okay, okay. Maybe that’s a strong word. Brainwashing?) my daughter into thinking she’d have these highly processed snacks, what could I bring that would satisfy on all levels? I opted for squeezable applesauce and whole wheat pretzels. And water. For Pete’s sake, what’s wrong with just some water to drink afterwards??!

I had two non-takers; I’m not going to lie. But most left feeling happy, especially my kids (I had brought extra for my three other children). And me. It was a win, and I’m not talking soccer.

What Can We Do About It?

I realize that I’m not going to change every sports association out there. Though I’m really, really hopeful (hint, hint) that some of you will read this and take action, I’m sure that snacks of some sort will continue. So I’ve included a list of better choices in case you have to sign up for snack duty for your child’s sports. And note that I realize many organizations probably won’t let you make your own goodies to bring, though how great would that be??

For more ideas check out our list of 85 snack ideas for kids and adults!
*A great alternative to regular plastic bags are these bio-degradable monster bags.

I’m not the only one who is fired up about this. Sally from Real Mom Nutrition has a great post that includes all the tools you need to be proactive about being a “snactivist” when it comes to sport snacks. School Bites has another great post on the topic.

Please share your thoughts. Have you encountered this? And if so, how did you handle it?

I am ecstatic to share that I took some of the commenters’ advice. A few of you had suggested not just talking about it, but doing something about it. So I reached out to our local soccer association who was 100% on board with it. They had me put together a letter to go out to all parents regarding the topic, along with suggested snacks (above), though it’s up to the coach to decide whether or not they want to implement a snack rotation. I was sure to suggest oranges and waters for during the game. They also are including this information on their website.

To be exact, below was their response:

“Thank you for your passion and efforts. Think this is a big issue and will support you in this.”

You can read the entire correspondence with the team here if you’d like.

Thank you for encouraging me to reach out to them – and now it’s your turn to also do so. Together we can make a difference!! 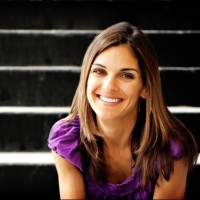