Back by request, I bring you another “Week with the Leakes” where we documented every single thing the four of us ate for an entire week (our last name is Leake😉)! Once again I am breaking up this series into a few different posts: today is breakfast and snacks, next will come lunch, and then dinner and treats. We recorded all of this during a random week in November.

–
As I have mentioned before, this series is just a snapshot of our lives. While it isn’t always a true representation of our diets as a whole (or easy to get the photo – some are blurry or not well lit), we did our best to share what a typical week of meals looks like at our house. And, even though beverages aren’t pictured, our drink of choice is usually water. My husband and I might have a cup of coffee (usually a Maple Mocha or latte with honey for me) or glass of wine (or a beer for him) and the kids sometimes have an occasional glass of milk or juice, but other than that it’s pretty much just water to drink around here!

Now, without further ado, what we ate for a week starting with breakfast. As you can see, a few of us like to eat the same thing over and over again (with some variations) first thing in the morning.

My husband and I love to have homemade granola with a variety of different fresh fruits (sometimes frozen – especially this time of year). I even had granola in a to-go thermos the one morning we had to wake up at 5:45 AM for my daughter’s gymnastics meet (that’s also the day I had prepared Overnight Oats for them as you can see below). So, not only was I the odd one eating cereal in my lap in the bleachers, but also the one snapping a picture of it for this post. Yes, it was slightly embarrassing, but I did it anyway! LOL! 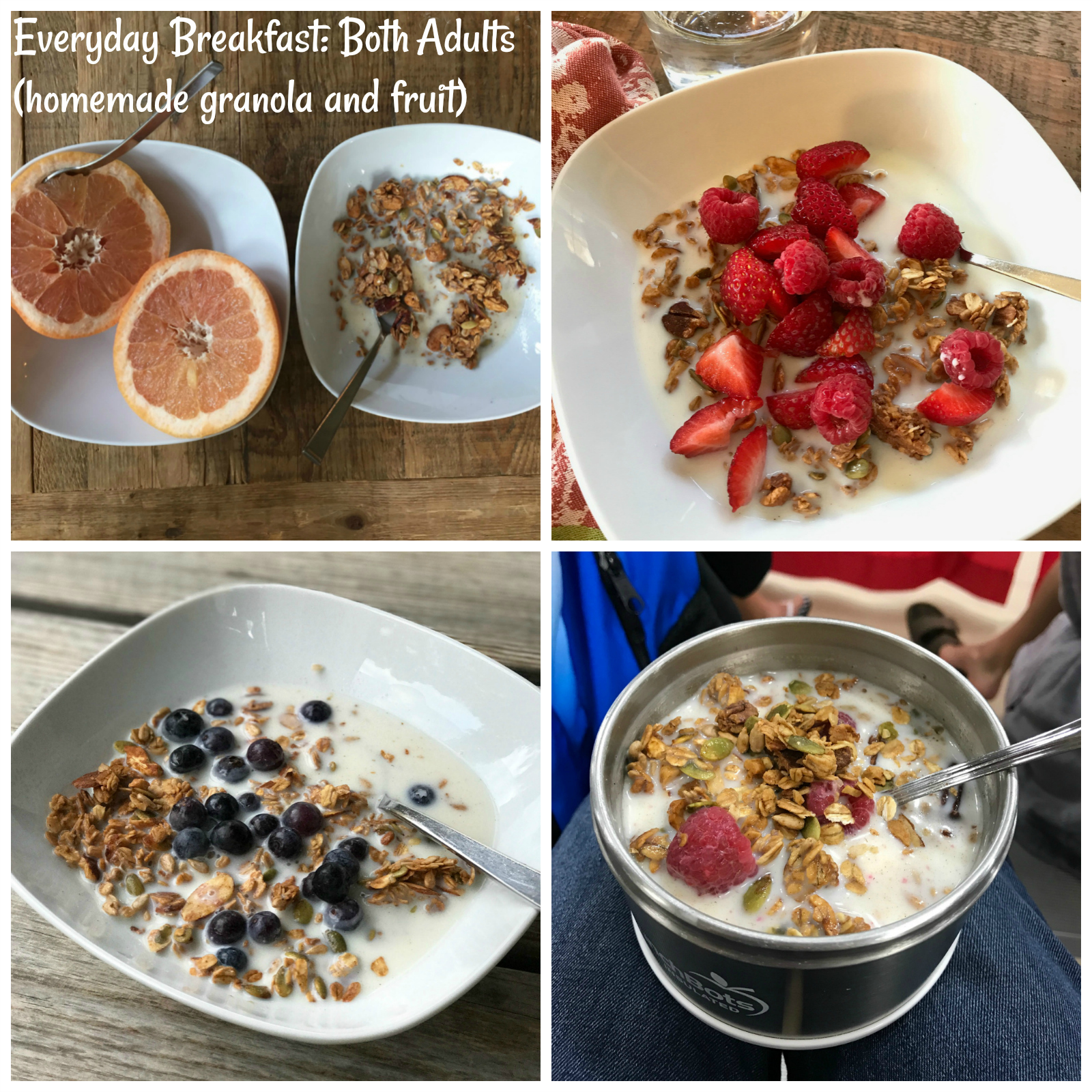 I happened to make a double batch of homemade Whole-Wheat Waffles on Saturday morning, so my waffle-loving daughter was all set to eat and repeat for pretty much the rest of the week. The Whipped Cream was something she made by shaking heavy cream in a jar (no sugar added).

And it’s pretty apparent in all these pictures how I repeatedly tell my daughters (like a broken record) that they must have at least one fruit or vegetable with every meal! 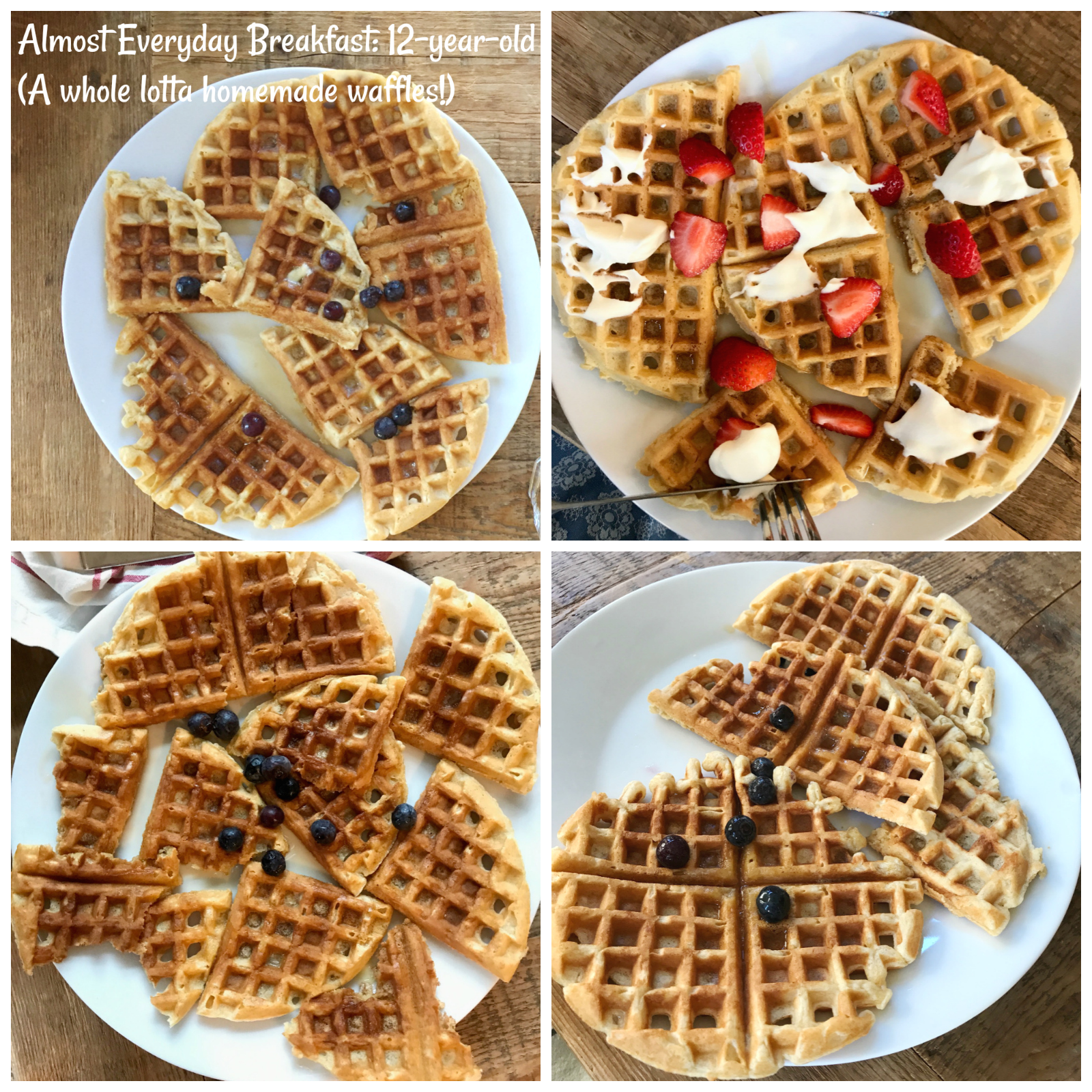 As you can see, my younger daughter eats a variety of breakfasts including leftover dinner on occasion! Not for me, but she does not discriminate first thing in the morning.

After school, my kids usually come home hungry for a snack and prepare something on their own. My husband snacks sometimes (not every day) and I rarely eat snacks. I suppose I just opt for meals that fill me up instead. Here’s how it went down…

We sometimes joke that our older daughter could survive on yogurt and waffles. I am actually surprised she only had yogurt twice during this week of pictures because usually, it’s more – she loves it!

Once again it’s obvious they’re trying to follow my “one fruit or vegetable” every time they eat something … this is after years of drilling it into their heads!

Well, that concludes our breakfasts and snacks for our “Week with the Leakes” series. Stay tuned for lunch, dinner and treats!

19 thoughts on “A Week with the Leakes: Breakfast & Snacks”