Skip to content
601 shares
2 Reviews / 5 Average
This Simple Pasta with Peas and Ham recipe comes together in under 30 minutes making it super simple for those busy weeknights. This is one of those easy recipes that the kids will love.
↓ Jump to Recipe

Simple one-dish dinners are calling my name right now! I don’t often have the time or energy for something elaborate during our busiest time of day. I also love it when dinner can include a little meat, without it being the focus (in line with our “flexitarian” ways!). For this recipe, I used a “ham nugget,” instead of your typical deli meat ham, to get those nice cubes. I’ve seen them at both Whole Foods and Earth Fare near the other packaged deli meat, and I like how you can slice them however thick (or thin) you want.

And if you aren’t going to use the whole ham nugget at once, you can easily freeze the rest for a rainy day. Or, if you plan on making this meal again, consider dicing and freezing it in 8-ounce portions. You’ll definitely thank yourself later for that one!

Pasta with Peas and Ham Ingredients

How to Make my Simple Pasta with Peas and Ham

Other Pasta Dishes You May Enjoy: 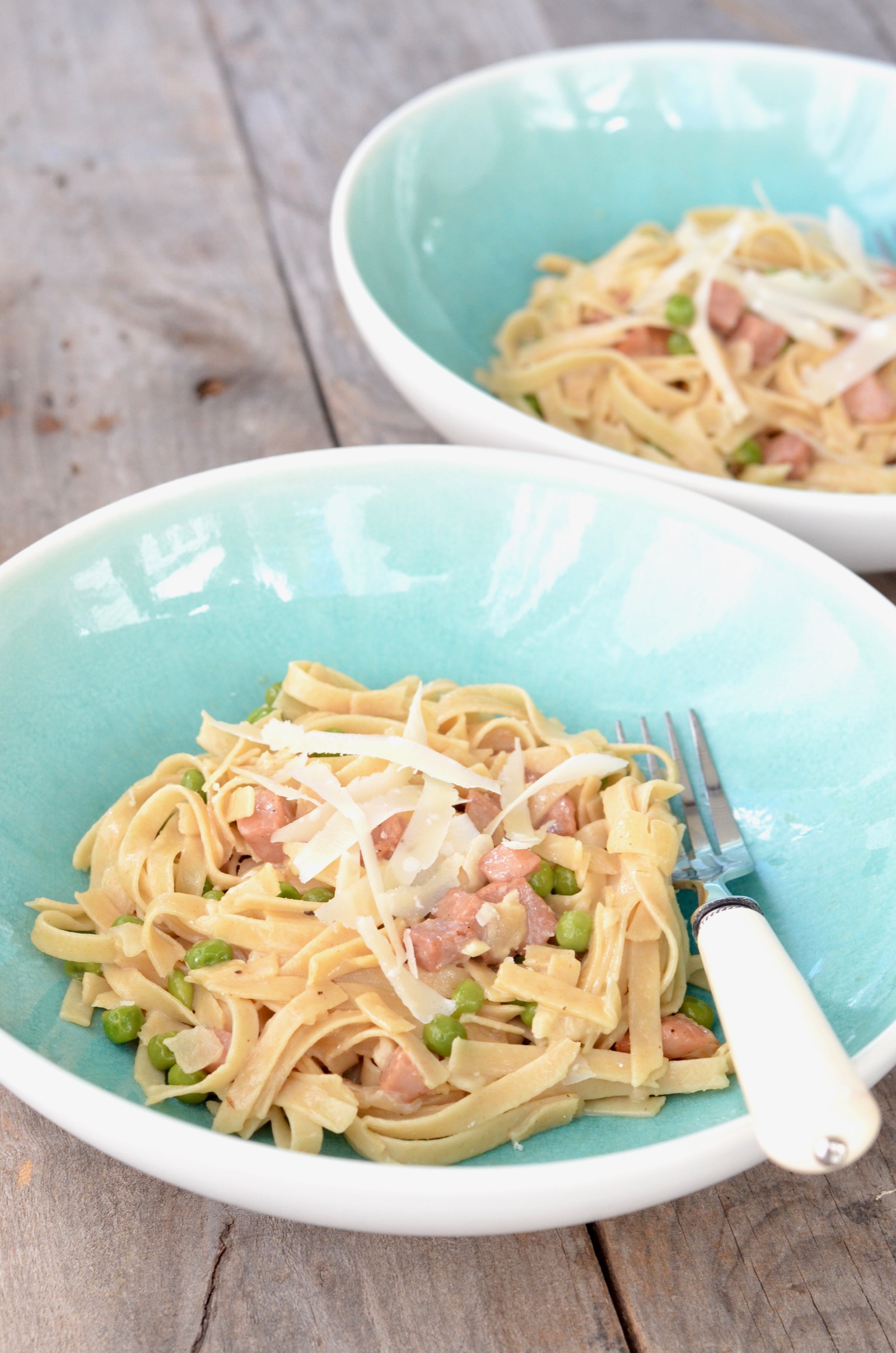 Simple Pasta with Peas and Ham

This Simple Pasta with Peas and Ham recipe comes together in under 30 minutes making it super simple for those busy weeknights. This is one of those easy recipes that the kids will love.
2 Reviews / 5 Average
Prep Time: 10 mins
Cook Time: 15 mins
Total Time: 25 mins
Course: Dinner
Cuisine: American
Method: Too Easy
Diet: Peanut/Tree Nut-Free
Print Recipe
Servings: 4

We recommend organic ingredients when feasible.
Want weekly REAL FOOD meal plans made for you?→ WATCH THE VIDEO
601 shares

9 thoughts on “Simple Pasta with Peas and Ham”